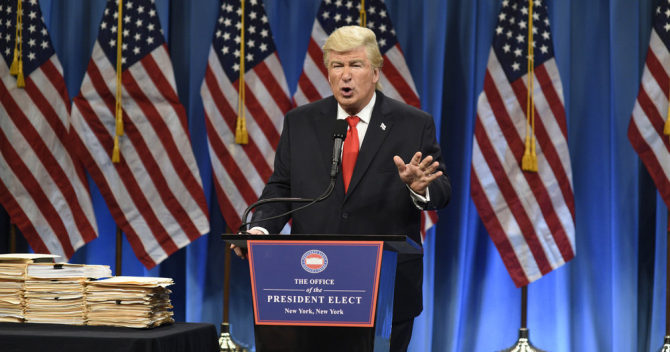 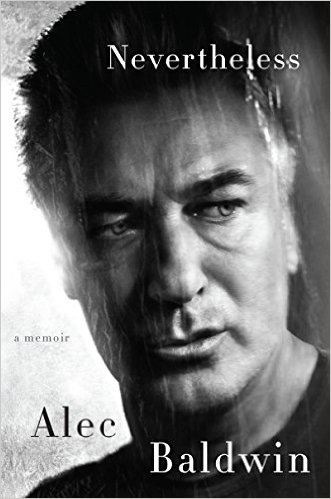 Alec Baldwin was just announced as host of “Saturday Night Live” next month. It’s not like Alec hasn’t been on “SNL” in a while– he’s been killing it playing Donald Trump the way David Frye used to imitate Richard Nixon on “Laugh In.” Sheer genius.

But Baldwin’s hosting of the show is a walk up to publicity for his memoir, called “Nevertheless,” coming on April 4th. And guess who’s publishing that book? Why, Rupert Murdoch’s HarperCollins, cousin of Alec’s two favorite media outlets, Fox News and The New York Post.

The publicity campaign for “Nevertheless” should be interesting. The book covers Alec’s showbiz career from his debut on NBC’s soap “The Doctors” in 1983 to his hit run on “30 Rock.” But it’s likely it also covers this past year, his Trump imitation, his long interest in politics as a Democrat and possibly his notorious feud with the Post and Page Six.

For years — decades, it feels like– Page Six dubbed Baldwin “The Bloviator.” He fought with the paper and their paparazzi on dozens of subjects, many of which landed on the front page. The Post surely won’t ignore the Baldwin book, but then again, they’re also likely to use anything he’s written against him. Prepare for war, Rupert Murdoch style!