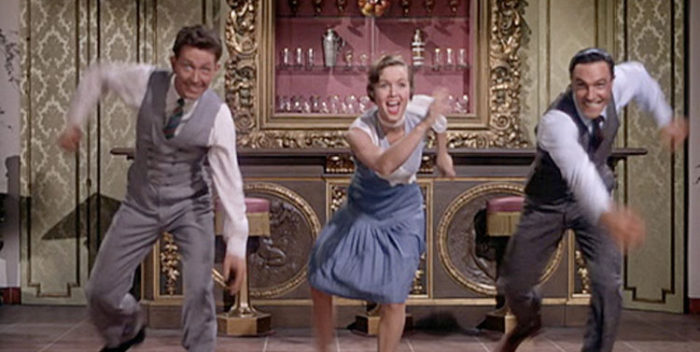 Meantime…Debbie Reynolds’ most famous movie, “Singin’ in the Rain,” is number 1 on amazon. It’s also sold out on both DVD and Blu-ray. How do you like that?

Betty Comden and Adolph Green wrote lyrics for the famous title song and wrote the book of the musical. The music for the songs came from a bunch of different places, all written by Arthur Freed and Nacio Herb Brown. They’re all gone now. But Green’s famous Broadway star widow, Phyllis Newman, survives him, as do their kids, composer Amanda Green and journalist Adam Green.

The Broadway musical version of “Singin’ in the Rain” was a minor Broadway hit in 1985-86. Harvey Weinstein is supposedly bringing it back in 2017. The show has had several productions in London.

As for Carrie Fisher’s movies: all the “Star Wars” movies are in the top 100. So are some of her others. I always loved Carrie in “Soapdish” and “When Harry Met Sally,” but there are plenty of others, too.