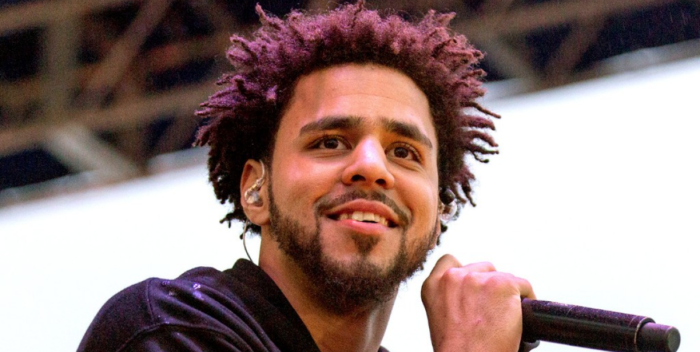 Bemoaning the end of the record industry? Not so much today as J Cole, hip hopper and rapper, has scored the 3rd biggest hit of the year with his new album “4 Your Eyez Only.” (Only Drake and Beyonce had bigger debuts in 2016. And Adele dwarfed all of them last November 2015.)

The album debut  t0day with over 511,030 copies including streams. His total physical sale was 377,529. The numbers are from hitsdailydouble and BuzzAngle.

Cole beat out number 2, Pentatonix, which sold 150,000 copies of its new Christmas album and another 50,000 of last year’s Christmas album. The Weeknd and Bruno Mars rounded out the top 5 with or without streaming.

The Rolling Stones had a very decent second week for “Blue and Lonesome.” They only dropped 66% and sold 40,000 copies. These days, that’s cause for celebration!

The J Cole album comes from Universal Music and Roc Nation, Jay Z’s label (just in case you wondered what Jay Z did all day). The story is that J Cole — his name is Jermaine– was  a musical prodigy as a kid, started rapping, became a producer, made mixtapes, and really worked his way to the top. This is his fourth studio album in five years. “4 Your Eyez Only” is also on Cole’s own imprint, Dreamville Records.