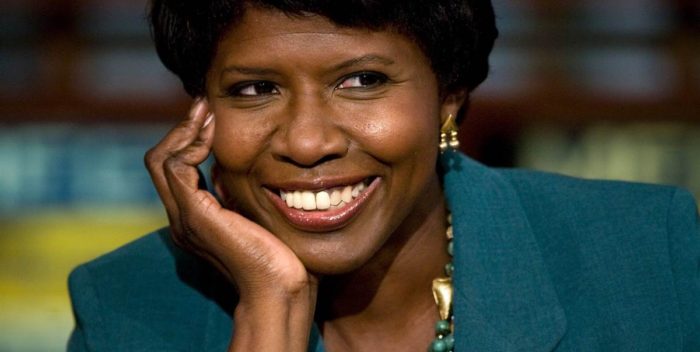 Gwen Ifill has died after a long battle with breast cancer. The PBS journalist was 61 years old, much too young. This is just a shame. She was one of the most respected journalists in the world.

Ifill was the host with Judy Woodruff of PBS Newshour and also hosted Washington Week on the network. She’d previously been on air contributor on NBC, and was heralded as a print columnist for both the New York Times and Washington Post.

Considering what we’re in the middle, this is a terrible loss for the press, and for the country. Condolences to her friends and family.