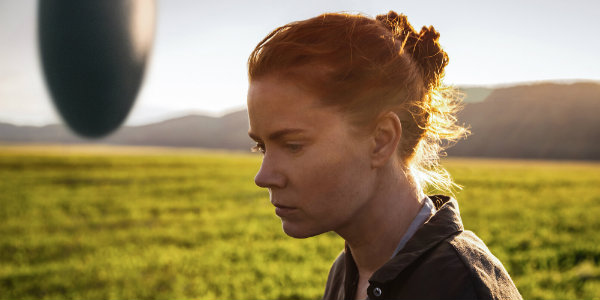 “Paramount is back” is studio chief Brad Grey’s mantra, and he may be right. Grey unveiled a clip reel last night at the New York Viacom screening room of upcoming Paramount films– and it was impressive.

Acknowledging that lately Viacom had been in the news for reasons “other than films and TV,” Grey did something very important to restore confidence and show pride in his upcoming slate. (The “other” is the Sumner Redstone family and corporate soap opera, which can’t be of much interest to regular filmgoers.)

The clip reel included a small bit from Martin Scorsese’s passion project, “Silence,” that looked terrific. Grey told me Scorsese is “still editing” but we should see something soon of the finished film starring Liam Neeson, Andrew Garfield and Adam Driver.

Also in the reel was a longer clip from Denzel Washington’s much anticipated adaptation of August Wilson’s “Fences.” The clip left no doubt that Washington, Viola Davis, and the great (but lesser well known) Stephen Henderson are at the top of their respective games. “Fences” also boasts a really interesting look from Danish cinematographer Charlotte Bruus Christensen (“The Girl on the Train”).

There was also a funny scene from “Office Christmas Party” with Jennifer Aniston battling her brother, played by T.J. Miller from “Silicon Valley” that looked hilarious. Aniston can be very, very funny, and this looks promising. Kate McKinnon, now hotter than ever, and Jason Bateman, are also featured.

We also got to see Brad Pitt and Marion Cotillard in a bit of “Allied,” Robert Zemeckis’s World War II thriller that looks more complex than previously thought.

And, of course, there was a scene from “Arrival” — a movie I’ve written about here before– featuring Amy Adams. She’s really great in this mind blower of a brainy, sci-fi alien adventure.

Really intriguing: an advance look at Scarlett Johansson in “Ghost in the Shell,” directed by Rupert Sanders. The presentation certainly whetted appetites, and looks like this may be a surprise hit.

Grey has run Paramount steadily for the last several years– and he’s made it a much more inviting place than in the past, that’s for sure. The next year or so looks pretty exciting– and my guess is, he’ll really bring the 104 year old studio “back” and more!