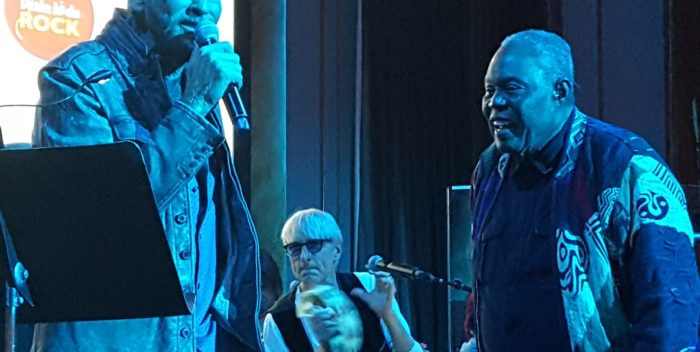 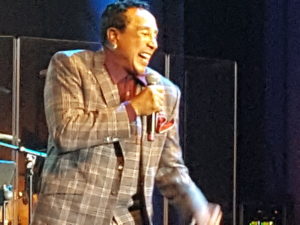 By the way, the house band was led by former Letterman/SNL guitarist Will Lee. And among the featured players was New York Yankee legend Bernie Williams! Bernieeeee!!

Loggins– looking younger than springtime–performed “Danny’s Song,” which Anne Murray covered back in the 70s and revived his career with Jim Messina as a top 40 duo. When it came time to perform “Footloose,” the title track from the 1984 hit movie, he told a little story. He was looking for inspiration himself, and based the song on the Mitch Ryder classic “Devil in the Blue Dress.” He laughed and said, “Don’t sue me” as he launched into the original song, then segued into his own. The songs are similar but I don’t think he has to worry about it.

What Loggins obviously did not know is that “Devil” was co-written by Smokey’s longtime Motown collaborator William “Mickey” Stevenson. Small world since Smokey was sitting right there. 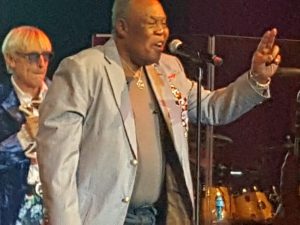 and Jackie Wilson’s “To Be Loved.” The audience went wild, as Sam turns 81 next week and sounds better than ever.

Smokey lentertained the crowd with “I Second That Emotion,” a gorgeous version of the Gershwins’ “Our Love is Here to Stay” and his own “Being with You.” He finished with one of his great self-penned Motown hits– “Get Ready”– backed up all the kids from the charity. Quite a night. Smokey pleaded during his acceptance speech for more music education in schools, which was met with applause throughout the cavernous Capitale.