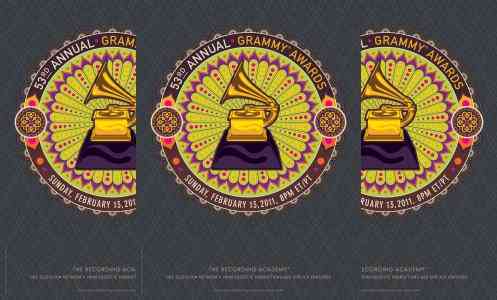 The deadline for Grammy eligibility is Friday. The year in the music industry is over. Another ignominious year. And we’re still waiting for a MusiCares Person of the Year to be announced. In the meantime, here are the potential nominees in the main three categories:

ALBUM OF THE YEAR— Adele’s “25” and Beyonce’s “Lemonade” seem like odds on favorites. Drake’s “Views,” as well. I’d add albums by two mega-vets– Paul Simon’s “Stranger to Stranger” and David Bowie’s “Blackstar.” The latter is completely extraordinary. The whole Grammys should be a celebration of Bowie. Simon’s album is unique and gorgeous. The other three are the best contemporary artists can offer right now.

RECORD OF THE YEAR– Justin Timberlake’s “Can’t Stop the Feeling” and DNCE’s “Cake by the Ocean” were the best singles. Hands down. Adele’s “Hello” will be in there. Twentyone Pilots “Stressed Out” would be third. I’d add Justin Bieber’s “Sorry” and Drake’s “One Dance.”

SONG OF THE YEAR– Adele’s “Hello” is the song of the year, sorry, so whatever. Greg Kurstin, who wrote “Hello,” also worked with Sia on “Cheap Thrills” and “Piece by Piece” with Kelly Clarkson. He could get three nominations. “Love Yourself” is an Ed Sheeran song covered by Justin Bieber, but the little guy got credit. It’s clever. Charlie Puth’s “We Don’t Talk Anymore” comes from his Nine Track Mind, which was released in January. This guy is good and should only be encouraged. I do not advocate Song of the Year nominations to things that were constructed or sampled. Puth is the real deal.

Will any of this happen? Who knows? The Grammy noms are mysteries unto themselves, hatched in smoke filled rooms. Something will be omitted that will cause outrage, like two years ago when Justin Timberlake’s best selling album of the year, “20/20 Experience” was totally snubbed. Why? Who knows? Maybe someone didn’t like him. That’s how it works. Read “Hit Men.” It’s a wild world.