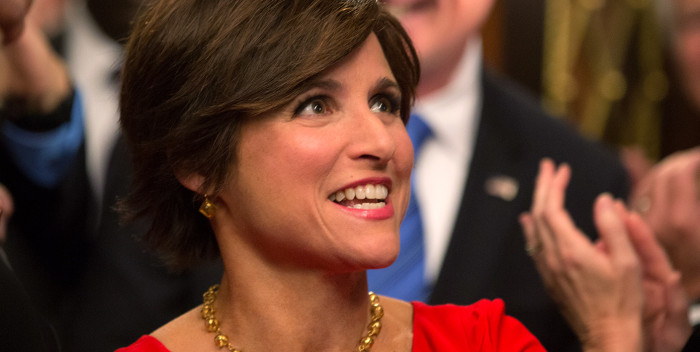 Sunday night, we’ve got the Emmy Awards. Listen, none of the right people will win. Plus, a lot of shows are missing. The Emmys can no longer encompass all the cable and new platform shows. There’s so much good work being done. And just the people who are missing from this group: Christian Slater from “Mr. Robot”? Where is he? Hugh Bonneville, constantly overlooked from “Downton Abbey.” In fact, except for Maggie Smith, “DA” was ignored in acting for its final year. What’s that all about? And why is Jane Fonda not acknowledged for “Grace and Frankie”? She’s terrific.

So I’ve put in black who I’d like to see win and who I think will win. Some notes: Matthew Rhys is overdue and so is “The Americans.” Viola Davis, I say, give her all the awards. In limited series, both Courtney B. Vance and Cuba Gooding Jr. should tie for “People vs. OJ Simpson.” I can’t decide. Sarah Paulson must win for “OJ.” I think they could just give her an award and send everyone home. Comedy series is tough because I’m really rooting for “Blackish.” But “Veep” was crazy this season, crazy good, and deserves the statue. Ditto JLD. I could eat “Veep” with a spoon.

Peter Dinklage has to win for “Game of Thrones.” Come on. He’s the bomb. You wait through a whole episode for him. You have to get past Emilia, the dragon, Lena Headey doing Shakespeare, Jon Snow dead or alive, etc. But Peter sums it all up. Two other nominees who deserve some accolades. Louie Anderson– he’s playing Zach Galifianakis’s mother, for goodness sake. He’s waited his whole life for this. And Anna Chlumsky– as much as I do Kate McKinnon, my vote goes to Anna. Kate plays different characters all season. Anna’s Amy is a work of art.

Anyway, I’m waiting til next year when “The Night Of” wins everything. It was the “Hamilton” of TV. This year’s best TV movie was “All the Way.” Hands down. And best drama was “Downton Abbey.” But it won’t win because the Academy thought it was over. So, I go for “The Americans.” Give them some love, it’s almost over.

Here is the list of nominees in major categories:

Lead actor in a drama

Lead actress in a drama

Viola Davis, “How to Get Away With Murder”

Lead actor in a limited series

Bryan Cranston, “All the Way”

Courtney B. Vance, “The People vs. O.J. Simpson”

Lead actress in a limited series

Lead actor in a comedy

Aziz Ansari, “Master of None”

Will Forte, “Last Man on Earth”

Lead actress in a comedy

Laurie Metcalf, “Getting On”

“Master of None” | Review

Supporting actor in a comedy series

Supporting actor in a drama series

Supporting actor in a limited series or movie

Supporting actress in a comedy series

Niecy Nash, “Getting On”

Supporting actress in a drama series

Supporting actress in a limited series or movie

Melissa Leo, “All The Way”