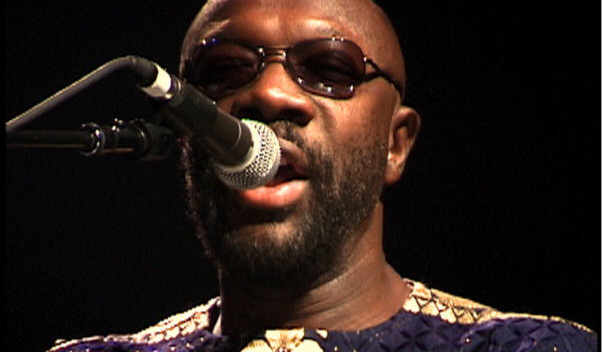 I see that thanks to the 20th anniversary of “South Park” there’s some discussion about how and why Isaac Hayes quit playing Chef on the show.

Isaac Hayes did not quit “South Park.” My sources say that someone quit it for him.

I can tell you that Hayes is in no position to have quit anything. Contrary to news reports, the great writer, singer and musician suffered a stroke on Jan. 17. At the time it was said that he was hospitalized and suffering from exhaustion.

It’s also absolutely ridiculous to think that Hayes, who loved playing Chef on “South Park,” would suddenly turn against the show because they were poking fun at Scientology.

Last November, when the “Trapped in a Closet” episode of the comedy aired, I saw Hayes and spent time with him in Memphis for the annual Blues Ball.

If he hated the show so much, I doubt he would have performed his trademark hit song from the show, “Chocolate Salty Balls.” He tossed the song into the middle of one of his less salacious hits and got the whole audience in the Memphis Pyramid to sing along.

I can tell you, Hayes was very pleased with himself, was in a great mood and, as always, loved his fans’ coming up to him and asking him about Chef.

As recently as early January, before his stroke, Hayes defended the “South Park” creators in an interview with “The AV Club,” the serious side of the satirical newspaper, The Onion.

AV Club: They did just do an episode that made fun of your religion, Scientology. Did that bother you?

Hayes: Well, I talked to Matt [Stone] and Trey [Parker] about that. They didn’t let me know until it was done. I said, ‘Guys, you have it all wrong. We’re not like that. I know that’s your thing, but get your information correct, because somebody might believe that [expletive], you know?’ But I understand what they’re doing. I told them to take a couple of Scientology courses and understand what we do. [Laughs.]

The truth is, Hayes has a sly sense of humor and loves everything about “South Park.” It’s provided him a much-needed income stream since losing the royalties to the many hits he’s written, such as “Shaft” and “Soul Man,” in the mid-1970s.

Even though he’s one of America’s most prolific hit writers, Hayes has been denied access to profits from his own material for almost 30 years.

But it’s hard to know anything since Hayes, like Katie Holmes, is constantly monitored by a Scientologist representative most of the time. Luckily, at the Blues Ball he was on his own, partying just with family and friends. He was very excited about having gotten married and about the impending birth of a new child.

Friends in Memphis tell me that Hayes did not issue any statements on his own about South Park. They are mystified.

“Isaac’s been concentrating on his recuperation for the last two and a half, three months,” a close friend told me.

Hayes did not suffer paralysis, but the mild stroke may have affected his speech and his memory. He’s been having home therapy since it happened.

That certainly begs the question of who issued the statement that Hayes was quitting “South Park” now because it mocked Scientology four months ago. If it wasn’t Hayes, then who would have done such a thing?

Meantime, Tom Cruise may have gotten Comedy Central to pull its repeat of “South Park”‘s Scientology spoof last week, but the result is that episode is all over the Web. You can see it for free at youtube.com.

Not only that, the Comedy Central Web site has four clips from the 21-minute show. And it also says that “Trapped in the Closet” will air this Wednesday at 10 p.m.

So whether or not Cruise actually did use influence at Viacom/Paramount to get the show pulled from last week’s schedule, here it is, bigger and better than ever. Of course, no one would have cared one way or another if “Trapped” simply had aired on schedule.

Of course, no one could blame Cruise, John Travolta or even R&B singer R. Kelly for being upset about the episode. They are poked fun at mercilessly.

In the episode, Stan, one of the “South Park” characters, is solicited into Scientology. He gives them $240 and takes an EMeter test. This convinces the higher-ups that Stan is the reincarnation of the group’s founder, L. Ron Hubbard.

That would be bad enough, wouldn’t it? But Cruise visits Stan in his bedroom and winds up hiding in his closet when Stan tells him he’s not the greatest actor. Thus is born the line “Tom Cruise won’t come out of the closet.”

It’s repeated dozens of times. Travolta soon joins Cruise in Stan’s closet. He won’t come out, either. And when they do, there is the ecstatic announcement that they’ve “come out of the closet.”

You get the picture. But nothing in “Trapped in the Closet” is any worse than anything “South Park” creators Stone and Parker have done before. Just rent “Team America” and see what I mean.

And here’s the article I wrote two years later, on August 8, 2006, when Hayes died tragically at age 65. It was originally called “Isaac Hayes Worked to Death by Scientology.” But after Scientology stars Kelly Preston and Tommy Davis visited Roger Ailes at Fox News, the title was changed to “Isaac Hayes’ History with Scientology”:

My friend, Isaac Hayes, died on Sunday, and his passing leaves many unanswered questions.

The great R&B star, actor, DJ, performer and family man, the composer of “Soul Man,” “Hold On I’m Coming” and other hits by Sam Moore and Dave Prater like “When Something Is Wrong with My Baby,” also was a member of the Church of Scientology.

Isaac was found dead by his treadmill, but conveniently missing from the wire stories was a significant fact: in January 2006, Isaac had a significant stroke. At the time, the word went out only that he had been hospitalized for exhaustion.

But the truth was, Isaac, whom I’d seen just a couple of months earlier when he headlined the Blues Ball in Memphis, was in trouble. Having lost the rights to his songs two decades earlier, he was finally making some money voicing the character of Chef on “South Park.” But “South Park” lampooned Scientology, so the leaders wanted Isaac out.

Push came to shove on Nov. 16, 2005, when “South Park” aired its hilarious “Trapped in the Closet” episode spoofing Tom Cruise and John Travolta. “South Park” creator Matt Stone told me later that Isaac had come to him in tears.

“He said he was under great pressure from Scientology, and if we didn’t stop poking at them, he’d have to leave,” Stone said.

The conversation ended there. Isaac performed Chef’s signature song at the Blues Ball a week later with great delight. Although he was devoted to Scientology, he also loved being part of “South Park.” He was proud of it. And, importantly, it gave him income he badly needed.

But then came the stroke, which was severe. His staff — consisting of Scientology monitors who rarely left him alone — tried to portray it as a minor health issue. It wasn’t. Sources in Memphis told me at the time that Isaac had significant motor control and speech issues. His talking was impaired.

In March 2006, news came that Hayes was resigning from “South Park.” On March 20, 2006, I wrote a column called “Chef’s Quitting Controversy,” explaining that Hayes was in no position to have quit anything due to his stroke. But Scientology issued the statement to the press saying Hayes had resigned, and the press just ate it up. No one spoke to Isaac directly, because he couldn’t literally speak. “Chef” was written out of the show.

Isaac’s income stream was severely impaired as a result. Suddenly there were announcements of his touring, and performing. It didn’t seem possible, but word went out that he’d be at BB King’s in New York in January 2007. I went to see him and reported on it here.

The show was abomination. Isaac was plunked down at a keyboard, where he pretended to front his band. He spoke-sang, and his words were halting. He was not the Isaac Hayes of the past.

What was worse was that he barely knew me. He had appeared in my documentary, “Only the Strong Survive,” released in 2003. We knew each other very well. I was actually surprised that his Scientology minder, Christina Kumi Kimball, with whom I had difficult encounters in the past, let me see him backstage at BB King’s. Our meeting was brief, and Isaac said quietly that he did know me. But the light was out in his eyes, and the situation was worrisome.

But the general consensus was that he needed the money. Without “Chef,” Isaac’s finances were severely curtailed. He had mouths to feed to home. Plus, Scientology requires huge amounts of money, as former member, actor Jason Beghe, has explained in this space. For Isaac to continue in the sect, he had to come up with funds. Performing was the only way.

In recent months, I’ve had conflicting reports. One mutual friend says that Isaac had looked and sounded much better lately at business meetings. But actor Samuel L. Jackson, who recently filmed scenes with Isaac and the late Bernie Mac for a new movie called “Soul Men,” told me on Saturday that Isaac really wasn’t up to the physical demands of shooting the movie. (Neither, it seems, was Bernie Mac.)

Sam Moore, who recorded those Isaac Hayes songs in the ’60s and loved the writer-performer like a brother, told me Sunday when he heard about the death: “I’m happy.” Happy, I asked? “Yes, happy he’s out of pain.” It was one of the most beautiful ideas I’d ever heard expressed on the subject of death.

But there are a lot of questions still to be raised about Isaac Hayes’ death. Why, for example, was a stroke survivor on a treadmill by himself? What was his condition? What kind of treatment had he had since the stroke? Members of Scientology are required to sign a form promising they will never seek psychiatric or mental assistance. But stroke rehabilitation involves the help of neurologists and often psychiatrists, not to mention psychotropic drugs — exactly the kind Scientology proselytizes against.

What will come next, I’m afraid, is a wild dogfight among family members for Isaac’s estate. His song catalog (with David Porter) is one of the greatest in music history. Isaac lost the rights to his big hit songs in 1977. But thanks to something called the Songwriters Act, his heirs — whoever they are determined to be — automatically get the rights back as the songs come up for copyright renewal. I guarantee this will not be pretty. Isaac Lee Hayes has over 300 original compositions listed with BMI, from the Sam & Dave songbook to Carla Thomas’ “BABY (Baby)” to his monumental instrumental “Theme from SHAFT.”

None of this should ever take away from who Isaac Hayes really was: a great friend, a warm congenial man with a big heart and a big laugh. He had married again right before his stroke, and was very happy. If he hadn’t had the stroke, I am certain he would have recorded a new album. There was talk of it after the stroke, but nothing materialized. When we made and promoted “Only the Strong Survive,” he was a masterful musician with a great mind and a wicked sense of humor. His loss at 65 is simply way too early and very tragic.