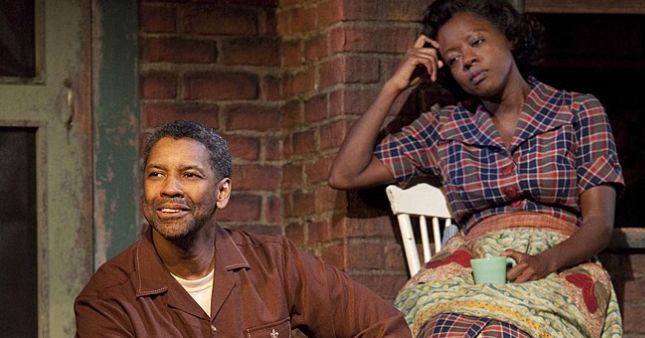 We’ve gone from famine to feast with potential black nominees for the Academy Awards. What a terrific turn of events.

After the first flush of fall movies have been seen in Toronto, Telluride and Venice, we now have an idea of how different the 2017 Oscars could be if campaigns are handled right. There’s a deluge of black nominees in the wings.

The one film we can only guess about is Denzel Washington’s “Fences.” But it’s conceivable since Kenny Leon directed the August Wilson play on Broadway to great success that the movie will be a Best Picture nominee. Viola Davis must be a Best Actress nominee, and is already tipped as a slam dunk. Washington himself could be nominated for Best Actor. The role of Corey in the play has always been a stand out, too. So newcomer Jovan Adepo could be a surprise nominee for Best Supporting Actor.

We’ve just seen “Moonlight” in Toronto. The big talk is that Naomie Harris will be nominated for Best Supporting Actor as the main character’s crack addicted mother. Harris gives a searing performance, and she’s the only actor whose character is a through line in the triptych of Barry Jenkins’ movie.

Then there are the women of “Hidden Figures.” Ten minutes of footage have been shown of this very possible Oscar nominee for Best Picture. Oscar winner Octavia Spencer and nominee Taraji P. Henson are the stars, and they could easily be Oscar nominees this year.

Another woman who’s taken the Oscar circuit by storm is Ruth Negga in Jeff Nichols’ “Loving.” I think she’s a long shot in a crowded field, but she has her fans and I count myself one of them,

Of course, Nate Parker’s “The Birth of a Nation” is going to be a Best Picture nominee. It may not win, but the film can’t be ignored. It’s too good and too important. Parker may fall short of a nomination because of his own problems, but Aja Naomi King as Cherry seems destined for Best Supporting Actress attention.

Mira Nair’s “The Queen of Katwe” is full of possibilities. David Oyelowo–robbed of a nomination for “Selma”– and Lupita Nyong’o, an Oscar winner already– could very well be in the spotlight.

Last, Dev Patel in Garth Davis’s “Lion” carries this emotional film about a young man’s journey to find his literal identity. “Lion” is a certain Best Picture nominee, and I wouldn’t be surprised if Patel’s performance and the story of his character, Saroo, doesn’t resonate big time with audiences and Oscar voters. It’s a remarkable film.

And that doesn’t include all the other categories. John Legend appears in and sings his own song in “La La Land.” That movie could yield THREE Best Song nominations including Legend’s. There are also plenty of ‘secondary’ categories. I cast a vote now for Bradford Young, cinematographer of “Arrival,” whose work in “Selma” and “A Most Violent Year” should have yielded him nominations. He’s over-ready for his moment.