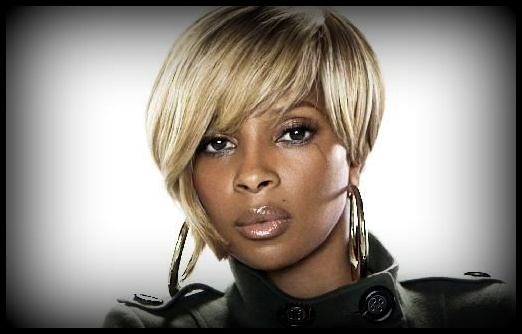 EXCLUSIVE The View is getting a new theme song when it returns on September 6th.

“World’s Gone Crazy” is the name of the song, and the fiery Mary J. Blige has recorded it according to my music sources who o-Bliged my requests.

It turns out the writer of the song is none other than Diane Warren, whose “Til it Happens to You” is nominated for an Emmy award right now from the movie “The Hunting Ground.”

This is funny– Warren’s song was nominated for a Grammy and an Oscar as well, with Lady Gaga as co-writer. They didn’t win, which was a crime and a surprise. But now it could win– and should–at the Emmys. This time, due to a technicality, Gaga is not nominated. But she’s THRILLED– we actually discussed this at the Tony Bennett birthday party. She said: “Please write it’s the only song that’s been nominated for all three awards. I’m so proud of it.”

Whoopi Goldberg returns for a 20th season moderating “The View,” with my pal Joy Behar and some other people. I’ll watch the show just for the two of them, frankly. Raven-Symone is returning (maybe, who knows). No one asked me, but those ABC producers should get someone like actress Tamara Tunie, a smart, articulate, adult black woman on there in addition to R-S.

Anyway, can’t wait to hear the new song, and maybe Mary J will appear and sing it live during the opening week.