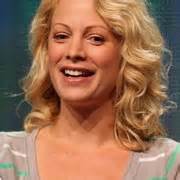 Scott is in “Suicide Squad” has become a hot commodity in films in the last year. Son Kyle is a jazz composer who’s contributed soundtracks to Clint’s movies and made his own recordings.

“Dog Walker” is about Olivia, who’s 25 and has just broken up with her boyfriend. To keep an eye on AJ and his new live in girlfriend, Olivia gets a job as their dog walker. She’s determined to bust up the relationship.

Let’s hope it’s funny, and the dogs are cute. Filming is set for early next year in Atlanta.