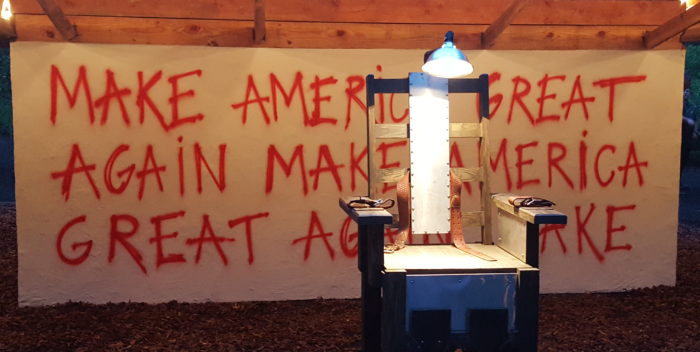 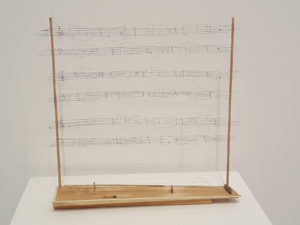 HAMPTONS SATURDAY Adrian Nivola‘s opening show of new sculptures at the Drawing Room in East Hampton was pretty swell. His brother Alessandro and sister in law Emily Mortimer were unofficial hosts. Damian Lewis, looking redder than usual from the sun, and Dominic West each stopped in.When someone complimented Lewis on “Homeland,” he said, “Brody is dead.” Just in case we didn’t know.

Blythe Danner brought a friend before they went off to a birthday party. Later we ran into her in front of East Hampton’s new Tesla boutique, and she told me she’s driven one at a clean air exhibition. Blythe is very cutting edge. Famed writer Martin Amis and his famed writer wife Isabelle Eberstadt also stopped in before everyone went off to a paella party in Springs.

Nivola’s works sold out fairly fast, there were red dots on most of the pieces. Adrian’s work is whimsical and captivating, like 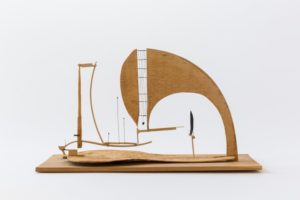 Maurice Sendak sprung from his head. You want to take all the pieces home. One of them had tiny watch faces embedded in it. My favorite was this one pictured with the musical notes. I don’t think he can make them fast enough, but they are time intensive with such detail work that it takes some time.

Over at the Watermill Center we met the famed artist and director Robert Wilson, who never fails to put on a stunning outdoor show– even in 100% humidity. Artist Hunt Slonem, one of our favorite people, was dressed like a couch from the 1950s– only artists can get away with that. Jay McInerney, who had a bestseller in 1984 called Bright Lights, Big City wore blue camouflage pants. If you’re in the Hamptons, the Watermill Center is a must see place, just like Longhouse Reserve. The Hamptons are full of surprises. I took this photo of Pussy Riot’s anti-Trump installation on the grounds. Some people sat in the electric chair. We declined.