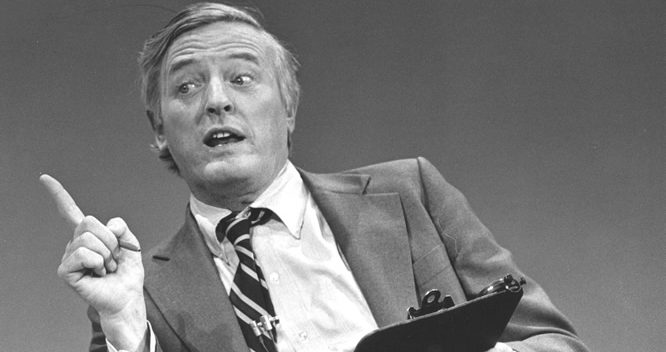 Conservative writer William F. Buckley died in 2008, leaving an estate estimated at $30 million. But before he expired he made sure his “illegitimate” grandson, Jonathan, then only 5 years old, would never get a penny of it.

William F. Buckley actually wrote in his last will and testament: “I intentionally make no provision herein for said Jonathan, who for all purposes . . . shall be deemed to have predeceased me,” according to a 2008 story in the Hartford Courant and an article in Vanity Fair.

But now  “Jonathan” (not his real name since he’s technically underage) Woelfe, born in 2000, is almost 17 and wants to go to college. Jonathan’s father, writer Christopher Buckley, author of best selling books including “Thank You for Smoking,” is said to be battling the boy’s mother in Stamford Connecticut court to lower his child support to $2,500 a month. (According to reports he’s been paying $3,000 a month.)

Buckley’s most recent novel, “The Relic Master.” was published in December by Simon & Schuster. “Thank You for Smoking,” directed by Ivan Reitman, was a huge hit in 2006. It only cost $7 million and took in $40 mil worldwide.

Jonathan is the product of married Chris’s long term affair in the early 90s with Irina Woelfe, a Random House publicist. Sources say that Chris has seen the boy once, and that was probably six or seven years ago. (Buckley has two older “legitimate” children with his wife.) Woelfe only receives child support, according to reports, but told the court that the boy suffers emotionally from having no relationship with his father. Buckley said he wanted nothing to do with Jonathan.

The Buckley family — which also included Chris’s famous mother, Pat, one of the “social X rays” lampooned in Tom Wolfe’s “Bonfire of the Vanities”– disowned the child. How famous were the Buckleys? According to Vanity Fair: “His memorial service was at St. Patrick’s Cathedral, on Fifth Avenue. Hers was at the Temple of Dendur, in the Metropolitan Museum of Art.”

I’m told Jonathan and his mother live outside of Miami, where she has a has a successful PR company.

I emailed Chris Buckley to get his take. He wrote: “Would really rather comment after the matter is settled. Hope you understand. After all, a child is involved.”

Maybe Jonathan could apply to the William F. Buckley Jr. Program at Yale, a not-for profit that had $540,000 in revenue in 2014 according to its most recent Form 990 tax filing.

Chris Buckley and Irina Woelfe will return to court in Stamford at the end of September.