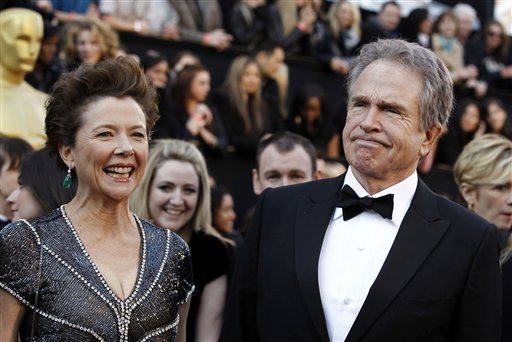 It’s really going to be Annette Bening’s year in film. She stars in Mike Mills’ “20th Century Women” which has been chosen as the centerpiece screening of the New York Film Festival. It will screen on October 8th.

“20th Century Women” is directed by Mike Mills– not the Mike Mills from REM, but the one who directed two terrific films, “Beginners” with Christopher Plummer and “Thumbsucker,” a comedy everyone should check out on Amazon or wherever. He’s married to Miranda July, a novelist who also made a charming film called “Me and You and Everyone We Know.”

Bening is also featured in husband Warren Beatty’s “Rules Don’t Apply.” By my count she’s been denied the Oscar twice, for “American Beauty” and “Being Julia.” This might be her year. So far we’ve got Meryl Streep in “Florence Foster Jenkins,” Helen Mirren in “Eye in the Sky” and maybe Anna Gunn in “Equity.” But we’ve got a lot more coming including Viola Davis in “Fences,” Lupita Nyong’o in “Queen of Katwe,” and lots of question marks.