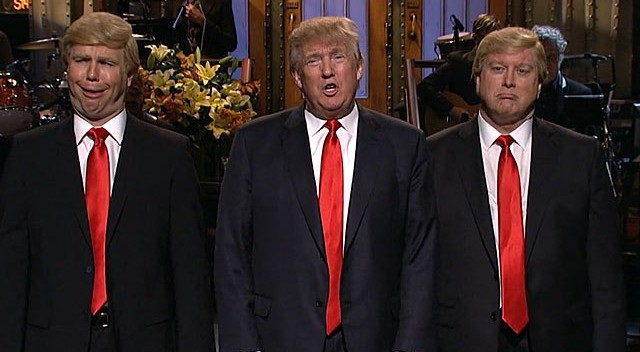 Last night I told you that Donald Trump’s social media re-interpreted the win by Virginia delegate Beau Correll as a defeat. It was in fact a triumph for Republican delegates in Virginia, and– Correll says– 20 other jurisdictions. They are free to go to Cleveland and vote for whomever they please.

I spoke to Correll today. He says, “The storm is coming for Donald Trump” in Cleveland with the Dump Trump movement. “The battle is coming right now.” Correll calls it Free the Delegates. He says 60% of all delegates don’t want to vote for Trump at the convention. It remains to be seen how many of the “freed” delegates from all over the country will have the chutzpah to go against the presumptive Republican nominee but Correll’s gang is coming to Cleveland all juiced up and ready for a fight.

“We have people in every state who was whipping the votes right now,” he says.

One thing he says they may do is force the RNC to let them select Trump’s Vice Presidential candidate. “We’re going to ask for a counterweight,” he says, “to balance the nuttiness.”

Correll was surprised– as I was– that the Trump campaign told their followers that the court ruling kept the delegates bound to him. “It’s fiction,” he said. “Trump spent $50,000 on an expert and it failed. And no one else bothered to show up in court.” He added: “He’s created this false narrative that he won.” He calls Trump’s followers “Trump-bots who regurgitate everything that comes out of his mouth.”

Correll– lawyer from Winchester, Virginia– Correll is no crackpot. He’s a serious guy who feels he represents the mainstream of Republicans. He did offer this explanation for Trump’s rise: “I think it’s a reflection about the lack of civics education and how people just slurp this up.”

Correll posted this letter to RNC chief Rance Preibus on his website. It reads in part:

Many of our country’s greatest leaders were, and are, members of the GOP — we are the party of Lincoln, Eisenhower, and Reagan.

But today, we are saddled with a presidential candidate who holds none of the qualities of our party’s greatest leaders.

He lacks common decency, respect of the Constitution, and the temperament of someone fit to be Commander-in-Chief.

That is why we cannot, in good conscience, support Donald Trump for President of the United States. We are standing firm for the core Republican principles we cherish and that Trump in no way represents.

Mr. Chairman, we are calling on you to support us in reaffirming the longstanding principle that delegates to the GOP Convention can vote their conscience in the name of preserving the legacy of our party and our nation.

I asked Correll if he didn’t think he was upsetting the Republican conservative agenda? He replied: “I actually think this is for the conservative agenda. A Trump nomination ensures a Hillary win. He will go down as the one of the largest defeats in history.”