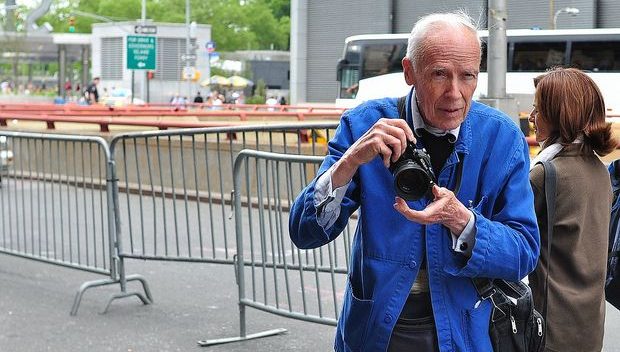 There’s a lot of ink today about BILL CUNNINGHAM, who died yesterday at age 87. Bill was the New York Times’s indefatigable street fashion photographer. He gained international renown but he didn’t want anything, just to do his job and ride his bike. He was seen often at the corner of 57th and Park, snapping away. The results would turn up in the Style section. How did he find all those people, wearing all that stuff? He had a magic eye. Bill didn’t like people to pay attention to him. I knew him pretty well, but when we ran into each other by accident, in public where people didn’t know who he was, he would kind of shy me away– he would have cringed in horror if I’d said aloud, “Do you people know who this is?” He was a New York Living Landmark and there will never be anyone like him again. He will be sorely missed.

Three great musicians died this week– RALPH STANLEY, BERNIE WORRELL and WAYNE JACKSON. Ralph Stanley was a bluegrass legend, and much awarded for his contributions to country, blue grass and folk. Bernie Worrell was a founding member of George Clinton’s Parliament and Funkadelic, a keyboardist extraordinaire. His work on those albums is also legendary. But you may know him from the Talking Heads albums as David Byrne moved the group from New Wave to funk and African sounds. Bernie and Adrian Belew became the Talking Heads band, and you can hear them on songs like “Burning Down the House” and “This Must Be the Place.” He was amazing and beloved.

WAYNE JACKSON was the trumpeter half of the Memphis Horns with saxaphonist Andrew Love. They are now both gone. Jackson played that trumpet on every record you like and dance to on oldies radio and Sirius XM Soul Town– every Stax/Atlantic record hit that Jerry Wexler could put him on from “Hold On I’m Coming” to the “In the Midnight Hour” to “Soul Man” and both Aretha and Otis’s versions of “Respect.” It’s a stunning legacy. Click on that link you just passed. His discography will completely blow you away.

A sad note: Sam Moore, of Sam & Dave fame, lost a daughter this week. Tangela Brown was hit by a car in Miami. She was ten days shy of her 55th birthday. Also known as a “Mama Tan,” this proud mother and grandmother was so popular that her funeral yesterday brought out Miami luminaries like R&B great Betty Wright. So far no charge have been filed against the driver of the vehicle, and the Miami Herald hasn’t reported a thing.

The other deaths today are two New York record stores, Rebel Rebel and Other Music, in opposite ends of Greenwich Village. There are just a couple of record stores left in Manhattan, everything is pretty much gone (Book stores, too). This is unbelievable to me, although it’s 20 years in the making. I spent my formative years in Bleecker Bob’s, and the Golden Disc, etc.– where people had conversations and you made new friends. Nothing was “swiped” (Tinder) although maybe somethings were “swiped.” Well, you can always stand in front of a bank or a CVS and see if anyone will talk to you. (LOL.) Other Music was a cool store because it opened in the shadow of Tower Records (that building is still vacant on Broadway and West 4th) and was a pleasant alternative. I always loved the Rebel Rebel logo. There’s still Second Hand Rose Music at 48 East 12th St. Great selection and terrific people.