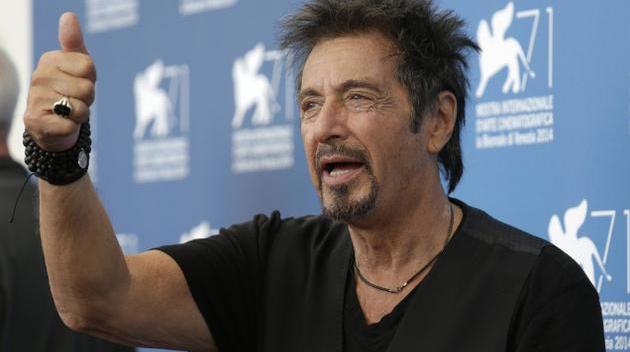 EXCLUSIVE kids. And I mean it. Al Pacino will star as Tennessee Williams in a new play called “When God Looked Away.” Coming to Broadway– maybe this winter, definitely next spring in time for Tony Awards consideration.

I am thrilled to tell you that Judith Light is Pacino’s co-star. She plays a longtime female friend summoned by Williams for help toward the end of his career. Light, a Tony winner, couldn’t be more terrific.

A workshop presentation will convene for rehearsal next week in Los Angeles. When it’s all sorted out, a decision will be made on the particulars.

The play is written by Dotson Rader, adapted from his 1985 biography of Williams. Robert Allan Ackerman, of Broadway and TV fame, is the director. The great Donna Granata is doing costumes. Eric Falkenstein (this year’s “Color Purple” and “Gin Game”) is lead producer.

Pacino had a bad time on Broadway this past year in David Mamet’s “China Doll.” But he is one of our finest actors, and a new recipient of the Kennedy Center Honors. This production sounds like a total winner. I can’t wait to see it.

PS If you want a little shot of Pacino in good form, try Barry Levinson’s “The Humbling” on video. A great movie, had a terrible distributor. Worth it.