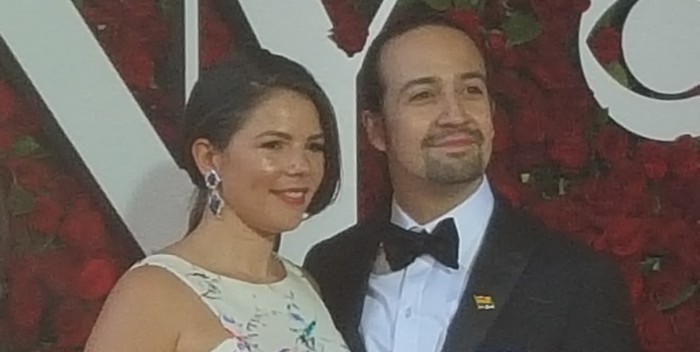 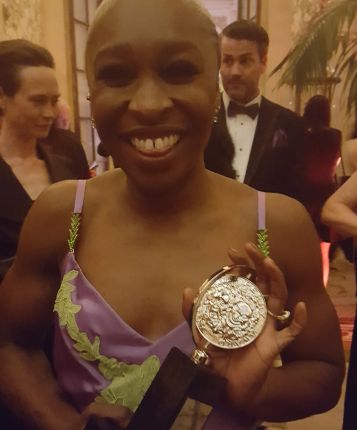 In the days when there was a record business, Cynthia Erivo would already have a contract and a hit album. I wrote back on opening night of “The Color Purple” that Erivo had not been contacted by anyone in the music business.

Last night she won the Tony for Best Actress in a Musical. And? “Still nothing,” she told me. This phenomenal singer- a sensation really– who could sing pop, blues, gospel, R&B, Broadway, maybe opera– has no record contract!

At the Plaza Hotel after party for the Tonys– the main event– Erivo was swamped by reporters, photogs, fans, other winners and nominees– insane! She’s tiny, so it’s overwhelming. But this is a young woman with such grace and poise. And so much fun. But she is also a superstar in the making.

The Plaza party was teeming with stars– all the “Hamilton” people came including winners Leslie Odom Jr. and Daveed Diggs. There was a knot in the lobby area as Jake Gyllenhaal stopped and took pictures with everyone who asked– and they all asked—while Steve Martin, Edie Brickell and Peter Asher did a lap with Martin Short, winning scenic designer David Rockwell– already a star in the design world– showed off his first ever Tony for “She Loves Me.”

Leslie Odom, by the way, does have a new album out. Steve Greenberg of S Curve Records, the guy behind Joss Stone, was smart enough to record him. Maybe the Tony will help sales. Leslie told me: “I’m in shock.” He’d been so frustrated by the business he almost left it.

Over at Rick Miramontez’s swanky party at the Baccarat Hotel, new Tony winner (for “The Humans”) Reed Birney told me that even though we think of him as a Broadway vet, he’s only been in four Broadway shows. And his biggest hit was in the 70s– “Gemini,” a great play. He’s 61 and went 35 years between shows. Where’s he been? “Off Broadway, regional theater.” He’s pretty much near tears at this point. Bravo!

They were still there when I left at 3am! They may still be there!