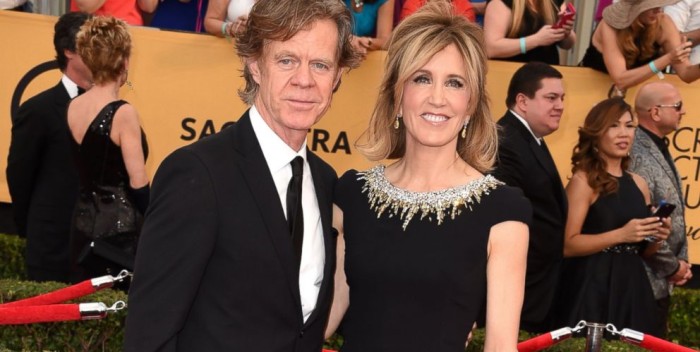 William H. Macy and Felicity Huffman are two of the best actors out there and really nice people, too. So I’m happy to report that Macy will direct Huffman and an all star cast in a new comedy-drama called “Krystal.” The script is by Will Aldis. The Macys start shooting in April during time off from their respective hit TV shows, “Shameless” and “American Crime.”

Macy, an Oscar nominee for “Fargo,” has certainly gotten into directing. This is his third film in three years following “The Layover” and “Rudderless.” The former hasn’t been released yet. The latter got decent reviews but no marketing or distribution. It’s the tough indie world. Hoping for good things from “Krystal.”