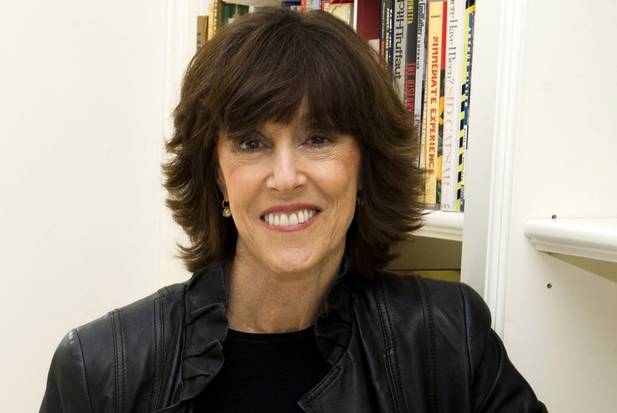 There really wasn’t a dry eye in the house last night at the Museum of Modern Art as Nora Ephron’s son, Jacob Bernstein, unspooled his memorial documentary, “Everything is Copy.” When Ephron died in 2012 at age 71 from pneumonia and leukemia it was a shock to just about everyone who knew her, from family to her wide circle of close friends. She kept her illness a total secret. Why? The grande dame of gossip and old friend Liz Smith says in the film, with a hearty laugh: “She was a control freak.”

Carl Bernstein, one half of the “All the President’s Men” team with Bob Woodward, finally is interviewed– by son Jacob, no less– about his famous philandering, his relationship with Nora and their hugely acrimonious divorce that resulted in the hilarious book and movie “Heartburn.” (If you’ve never read this novel, you must immediately.)

“Heartburn” was Ephron’s revenge on Bernstein and anyone who questioned her writing skills. It was an enormous hit, and changed her life. Jacob Bernstein noted that his father, a “player” in the 70s, 80s, and 90s, is now happily remarried. “I’m sure he never thought I’d be digging around in his divorce records.”

But indeed it was part of the Ephron-Bernstein divorce decree that Bernstein only be portrayed as a “conscientious and loving father.” On screen, Carl says to Jacob he did that because he was worried about how Jacob and brother Max would view him in the future. In a revelatory moment, Jacob admits it did affect him negatively, which surprises Carl.

Most of “Everything is Copy” is very funny, particularly the archival clips of Nora on Dick Cavett’s nighttime talk show in the 70s, and use of her audiobook readings. There are a couple of sad, alarming moments– the interviews with Mike Nichols were done right before he died, and he looks frighteningly ill. Also, in Nora’s last interview on “Charlie Rose” she is clearly sick, even though he doesn’t question it and apparently no one did. Something was terribly wrong.

But Ephron left clues– as I wrote when she died– that everyone ignored. They were all over her last book. The last part of the film deals with her friends’ surprise about her death. A theme echoed in the movie is that everyone wanted her to like them. Famed journalist Gay Talese gets a good laugh when he says, “I thought I was a close friend”– close enough to be told she was dying– “but instead it’s that f—-ing Richard Cohen” (a friend who was told).

Ah well. Ephron’s mother, Phoebe, a famed screenwriter with her husband Henry (Desk Set, Carousel) told her daughters: “Everything is copy.” As Streep says, “Nothing is private.” Her grandson Jacob has followed that advice. His movie is must-see. The movie premieres on HBO March 21st.

P.S. One of Nora’s best movies, “You’ve Got Mail,” was based on a film called “The Shop Around the Corner,” which was turned into a musical called “She Loves Me.” That show is now being revived on Broadway, and opens Thursday night by coincidence. The revival is quite charming and should be a big hit. You can see the parts of “You’ve Got Mail” that came from it. Nora, as her friends say in the film, had very good taste!