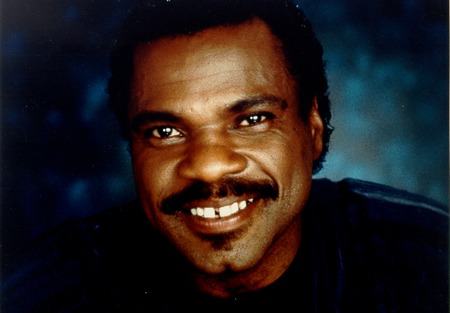 The decade long legal battle over the late Billy Preston’s estate and finances is finally over. His legacy — which includes all of his intellectual and intangible property rights, catalog, name, likeness — has finally been settled.

Joyce Moore, Billy’s partner in Preston Music Group Inc. and his friend for more than 30 years, has finally prevailed after 10 years in court. Her pledge to Billy has been fulfilled. Did it go round in circles? Almost. But that’s the way god planned it, as Billy might have said.

Preston was the real “Fifth Beatle,” the only artist ever given full label credit on a Beatles record, “Get Back”.

Joyce tells me: “It was a long time coming.” In the nearly 10 years since Billy fell into a coma– that went on for months– and passed away, Moore says, there’s been little to no attention paid to his body of musical works on any level.

Preston had a glorious history starting as a child prodigy in 1957 when he appeared with Ella Fitzgerald, Mahalia Jackson, Pearl Bailey, Nat King Cole, Eartha Kitt and W. C. Handy in the movie “St. Louis Blues.” Preston went on to be Mahalia Jackson’s keyboardist during her days with Dr. Martin Luther King.

Moore continued, “Billy was so much a factor in both overt and subtle ways in so much music, so many songs, the ones he played on, the ones he wrote and the ones he did both sometime getting credit, others not so much or at all.”

Preston co-wrote “You Are So Beautiful To Me.” The Joe Cocker 1974 hit version just entered the NARAS Song Hall of Fame this February. He was credited for holding the Beatles together through their last 2 or 3 albums. He was the only keyboard player, though rarely seen in the photos, on the last ever Beatles concert — the Abbey Road rooftop show in 1969, filmed for the “Let it Be” film.

Stephen Stills does acknowledge that it was Billy who “gave him” his most successful song title and inspiration while they were both at a party and Stills’s date left him. Preston told him, “Hey, if you can’t be with the one you love, love the one you’re with.” The rest of that is history. Billy also laid out the bass line for the Rolling Stones’ “Miss You”–something Mick Jagger, Keith Richards and Bill Wyman all admit.

Preston is not in the Rock and Roll of Fame, even though as a side man Billy played and often toured with everyone from Mahalia Jackson, Little Richard and Ray Charles to Eric Clapton, all of The Beatles as the group and individually, Bob Dylan, and The Stones. He had two major number 1 back to back hits in the early 1970s with “Nothing from Nothing” and “Will it Go Round in Circles.”

Oft-forgotten: Billy, and Janis Ian, were the very first musical guests on “Saturday Night Live” in 1975. Preston was also the first pop artist to play a solo show at Radio City Music Hall.

He also has plenty of uncredited appearances on records by Sly and The Family Stone, The Red Hot Chili Peppers and Neil Diamond, to name only a few. His last recording ever was with Moore’s husband, legendary Soul Man Sam Moore, on Moore’s “Overnight Sensational” album. The track garnered them a Grammy Nomination for their version of Billy’s classic “You Are So Beautiful” in 2006.

The world is about to hear a lot about Billy Preston now that his financial legacy is in order. “That’s all about to change, you can quote me,” says Joyce, remembering Billy was also a regular on “Shindig” with artists like Jackie Wilson.

The legal issues having been resolved in PMGI’s favor finally clears the path for PMGI to move forward. Billy passed away June 6, 2006.

Billy would have turned 70 this coming September 2nd, an event that will be celebrated to coincide with the release of a very special Billy Preston project that’s in the works, but, with the ever present tinge of sadness that he’s physically gone.