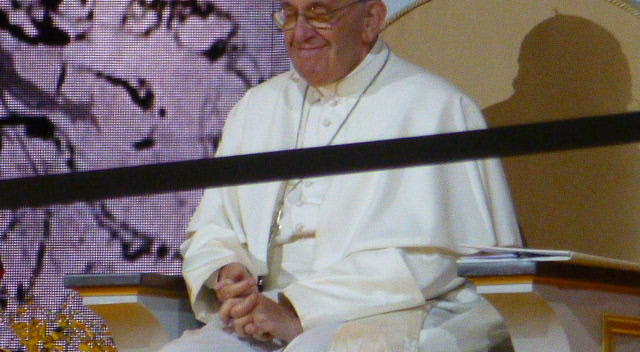 Pope Francis is rockin’ it again. His Holiness has agreed to appear in his first feature film, called “Beyond the Sun.” He will play Himself. It’s the first time a Pope has appeared in a feature film.

Ironically, the movie– for children of all cultures– will be funded with Bacardi money. AMBI Films is owned by Lady Monika Bacard. She will fully finance the project with her partner, Andrea Iervolino.  Co-producers are Graciela Rodriguez and Gabriel Leybu. Rodriguez wrote the screenplay based on her own concept.

Graciela Rodriguez wrote the film’s screenplay based on her own concept.

All profits will go to two charities–   El Almendro and Los Hogares de Cristo (located in Argentina) which support Pope Francis’ social and spiritual message within the film. These organizations help aid at-risk children and young adults in need.

From the press release: “Beyond the Sun” is a family adventure story where children from different cultures emulate the apostles while searching for Jesus in the world around them. The film will be uplifting and is intended to spiritually engage and encourage audiences of all ages to transmit Jesus words, to understand them and integrate them to live a better life, make good choices and help others.