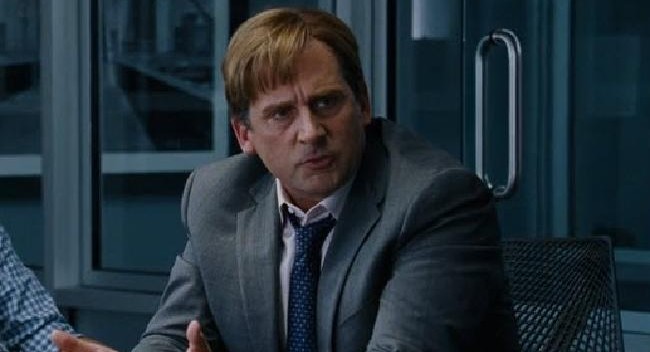 Upset at the PGA! “The Big Short” won Best Picture. Seems like we have chaos now in the Oscar race. “Spotlight” or “The Revenant” were supposed to win. The PGA winner usually wins the Oscar. Holy moly! Now what? No one has picked “The Big Short” to win the Oscar. Now the race til February 28 is a free for all!
Leah reports:
Michael B. Jordan came on to announce Best Picture. He announced four of the nominees, but not The Big Short. It was a mistake He opened the envelope quickly. Then he turned around to no one the audience could see and he said, “Well I lost the best, The Big Short.” The problem was that the room and the Big Short Table, which was in the back, thought Michael was just announcing it as a nominee, since he didn’t include it in the first place..So there was no reaction, silence, because the room was supposedly waiting for the winner. Then Michael said, “Hey guys, you won, Big Short.” Then the table erupted, but it was confusing and awkward…
PGA got the A list, JJ Abrams, Steven Spielberg, Jeff Skoll, F. Gary Gray, all were in a huddle. They told Gray that that Straight Outta Compton should have gotten a Best Picture from the Academy. F. Gary Gray seemed moved by it.

Inside Out
Producer: Jonas Rivera

Comedians in Cars Getting Coffee