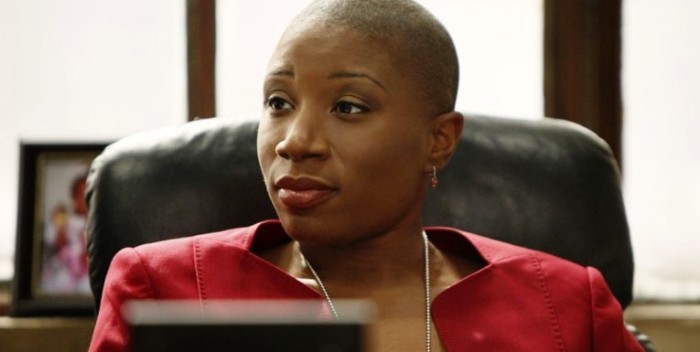 Saturday before the Golden Globes meant hitting a circuit that involved marathon eating, drinking and schmoozing…

At W Magazine and Lynn Hirschberg’s second annual “It Girl” lunch at the very snazzy AOC Restaurant, about three dozen stunning women were gathered to toast themselves and their growing place in the film industry. Some were better known than others, like Jo Froggatt from Downton Abbey, and Emilia Clarke from Game of Thrones. 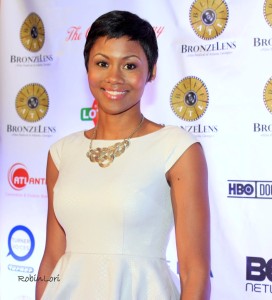 Others were a little less so but they’re going to be stars — and should be. I was seated with four amazing women– Emayatzy Corinealdi, Aisha Hinds, Devika Bhise, and Stephanie Sigman. Check them out on imdb and YouTube– they are the future of the business. Emayatzy starred in Ava DuVernay’s first film, “Middle of Nowhere” (which you must watch). Now she’s on a cool Amazon series with Dana Delany and Ron Perlman called “Hand of God.”

Aisha Hinds already has tons of credits. But I think she’s going to have a breakthrough role any minute now. Then everyone’s going to say, Where was she all this time? Attention: Shonda Rhimes.
— Roger Friedman

Over at the Film Independent nominees lunch Uzo Aduba from “Orange is the New Black” and Rami Malek from “Mr. Robot” were the co-hosts. Cate Blanchett made an early appearance, as her “Carol” costar, Rooney Mara made a later one. Directors Catherine Hardwicke, Kimberly Peirce and Marisa Tomei were chatting, as were Warner’s Sue Kroll and LA Film Fest’s Stephanie Allain, as well as a multitude of industry heavyweights.

Globe nominee for “99 Homes,” Michael Shannon caught up with Spirit nominee Jason Segel for his terrific work in “The End Of The Tour,” and the talented actor who plays the pimp in “Tangerine,” James Ransone.

I asked Michael about how long it took him to get this nomination. He said: “I’ve been knocking around for awhile. Hollywood is really about what have you done lately. But I’m lucky so it’s all good.” What is he doing next? “I’m playing a romantic lead in a comedy called “Pottersville,” I play opposite Christina Hendricks, Judy Greer, and Ian McShane. I’ve wanted to play this kind of role for awhile, so I’m looking forward to it. I seem to scare people from “99” and some of the other work I’ve done, so this is a good change.”

I wondered if Bernie Sanders had seen “99 Homes,” yet, as it would seem to align with Sander’s sensibilities. “I don’t know,” Michael answered. “But he should. I don’t know how I’d get to him. I might have to go to one of his rallies.”
–Leah Sydney