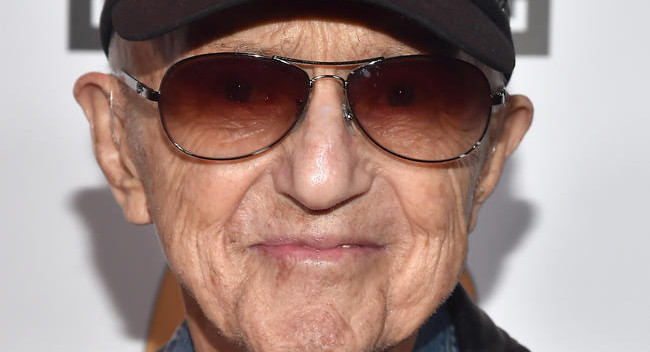 Jane Fonda Tweeted today about Haskell Wexler, the Academy Award winning and legendary cinematographer who has died at age 93: “The brilliant, beloved Oscar-winning cinematographer, Haskell Wexler has died. He was my friend. He filmed “Coming Home”and a documentary with me and Tom Hayden in North Vietnam in 1973. He was brave & gorgeous and I loved him.”

He won 2 Oscars, for Mike Nichols’ “Who’s Afraid of Virginia Woolf?” in 1967, and Hal Ashby’s “Bound for Glory” in 1977. He was also nominated for “Blaze,” “One Flew Over the Cuckoo’s Nest,” and one of the most beautifully shot pictures ever, John Sayles’s “Matewan.” He shot another of Sayles’s classics, “The Secret of Roan Inish,” in 1999. (PS It’s time for some lifetime achievement awards for John Sayles.)

Wexler directed a slew of highly regarded documentaries, as well as his own famed feature, “Medium Cool,” in 1970. But he was known for making other directors’ films look great. Among his credits were “Coming Home” with Jane Fonda, “The Thomas Crown Affair,” and “In the Heat of the Night.” He’s uncredited on Francis Ford Coppola’s “The Conversation,” released in 1974.

Haskell Wexler leaves a rich and almost endless legacy in the film world. He will be sorely missed.