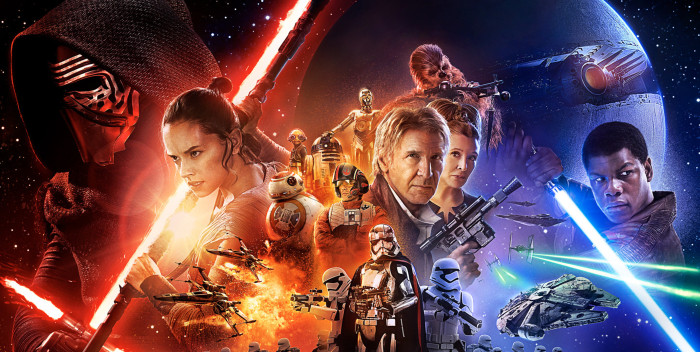 Hey what else is new?

The global box office is now around $690 million including the U.S.’s $325.4M. The One Billion Dollar Mark is not in a galaxy far far away but getting ever closer. “Star Wars” opened just FIVE days ago.

Emotions are running high, too. Someone was arrested for threatening to shoot their friend if they told them what happened in the movie.

This is what happens: people fly around, there are light sabers and family issues. Don’t shoot!

Again, over 32 million people in the U.S. have seen this movie.