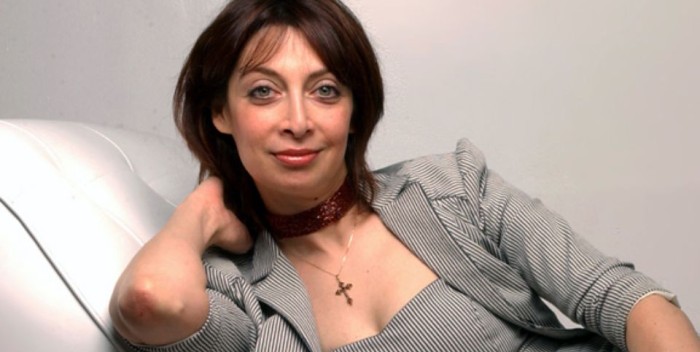 It was about time actress Illeana Douglas wrote a book. I found out about it by accident since her publisher has kept it all a secret. Douglas has starred in dozens of movies and TV shows, and for quite some time in the 90s was the girlfriend of Martin Scorsese. Her grandparents were the great actor Melvyn Douglas and the great California congresswoman Helen Gahagan Douglas. (Defeated after two terms by Richard Nixon, Helen coined the phrase “Tricky Dick”.)

Illeana’s book is called “I Blame Dennis Hooper: And Other Stories from a Life Lived in and out of Movies.” She started as a publicist with Peggy Siegal in the mid 80s, went to work for Scorsese, was hired by him as an actress (she’s in a lot of his movies from that time), and became his girlfriend. Even after that was over, Illeana hasn’t stopped working for a minute. She has two movies in the can for 2016.

The book is a memoir of working with Scorsese, DeNiro, and all the big New York filmmakers. It didn’t always have a happy ending. She filmed Spike Lee’s “Jungle Fever” and was cut out of it. She was in Woody Allen’s “Husbands and Wives.” Didn’t see her?

From the book: It snowed the day we shot, and I could not believe I was staring at another great cinematographer, Carlo Di Palma, as he lighted a set. I thought, My God, I have made it. I will probably be in every Woody Allen movie. Annie Hall Douglas. My part got cut. I went to an early screening and nobody had told me I was no longer in the movie. I think Marty was more upset than I was. The nerve to cut another director’s girlfriend out of your movie.

One episode that can’t be overlooked: Illeana and Scorsese go to meet Marlon Brando. She writes: “We discussed the many abandoned movie projects— Brando and Michael Jackson with Jackson as God, and a project with the Native American activist Russell Means that Marty was to direct.”

Brando was so huge, Illeana remembers, that he wouldn’t eat with them in public. They stayed in his hotel room, where Brando “took up the entire couch.”

But the big headline?

It was late at night, and by that time we had had many bottles of wine. I asked him, because I knew I had to, about his relationship with Marilyn Monroe, and he said, “They most certainly murdered her.” I said, “Do you really believe that?”

Much much more. You can’t put it down…