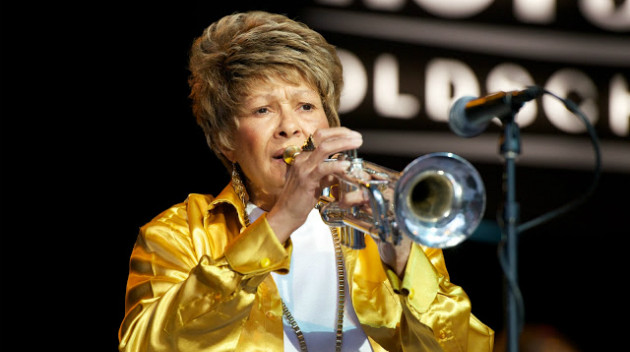 It’s hard to believe that Sly Stone has outlived Cynthia Robinson. But he has, she was 69 and had cancer. She was the amazing and legendary trumpet player on Sly and the Family Stone’s great number of hits from “Dance to the Music” to “Family Affair.” She appeared with him during his crazy attempts at putting on a show in the last few years at BB King’s in New York, and was great as ever. What a shame.

On Instagram, Questlove from the Roots has written this:
All The Squares Go Home. Goodbye to Cynthia Robinson. Music’s original “hypeman” 20 years before Public Enemy pioneered the “Vice President” position. But she wasn’t just a screaming cheerleading foil to Sly & Freddie’s gospel vocals. She was a KICK ASS trumpet player. A crucial intricate part of Sly Stone’s utopian vision of MLK’s America: Sly & The Family Stone were brothers & cousins. friends & enemies. black & white. male & female. saint & sinner. common man & superheroes. guarded & vulnerable. poets & punks. hip & square. She was so cool to us the day we opened up for #SlyAndTheFamilyStone she never ever lost a step or a beat. ….