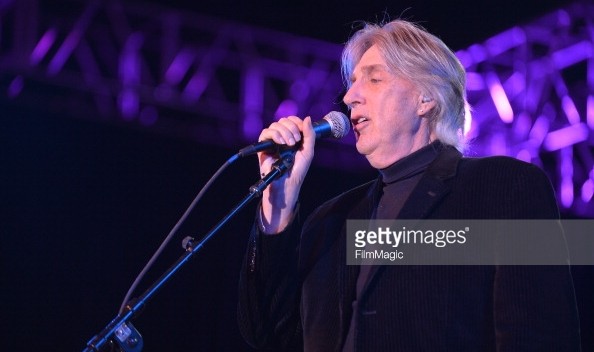 Cory Wells is the second member of Three Dog Night to die this year. He was 74, was a founding member of the group that was once fronted by Chuck Negron. Three Dog Night had a lot of top 10 hits and introduced songs by songwriters who went on to fame, like Randy Newman and Hoyt Axton. They covered Stevie Wonder’s “Never Dreamed You’d Leave in Summer.” This was before Stevie’s huge mid 70s Grammy run. Yet the idiots at the Rock Hall and the folks at the Songwriters Hall of Fame don’t get their influence. So sorry about Cory Wells. Condolences to his family and friends.

Los Angeles, CA (October 21, 2015) “It is with deep sadness and disbelief that I must report the passing of Cory Wells, my beloved band mate for over 45 years,” announced Danny Hutton of Three Dog Night. “Cory was an incredible singer – a great performer, he could sing anything.”

Wells, one of the three lead singers of iconic American pop band Three Dog Night, died unexpectedly yesterday in Dunkirk, NY. Wells had been with Three Dog Night from the beginning and continued performing with the band up until September of this year when he developed a problem with severe back pain.

“Cory was like a brother in so many ways,“ said Hutton. “We had been together since 1965 and I am in shock at this sudden loss.”

Los Angeles, CA (October 21, 2015) “It is with deep sadness and disbelief that I must report the passing of Cory Wells, my beloved band mate for over 45 years,” announced Danny Hutton of Three Dog Night. “Cory was an incredible singer – a great performer, he could sing anything.”

Wells, whose band The Enemys was the house band at Whisky A Go-Go, met Hutton, a solo artist and a writer/producer at Hanna Barbera Records, when they had both been invited to tour with Sonny and Cher. After that tour, Hutton contacted Wells about forming a group with three lead singers.

Three Dog Night went on to have 21 consecutive Top 40 hits. The band recorded the music of the best (and mostly undiscovered) songwriters of their time including Randy Newman, Harry Nilsson, Elton John, Laura Nyro, Paul Williams and Hoyt Axton among many others. The group’s eclectic taste, combined with their ability to recognize and record hits in a unique, distinctive and appealing style, resulted in Three Dog Night dominating the charts for years.

Cory Wells was born Emil Lewandowski on February 2, 1941 to a single mother in Buffalo, NY. Seeking a way out of his hard-scrabble youth in Buffalo, Wells joined the United States Air Force directly out of high school. While in the Air Force, he formed a band of interracial performers, inspired by his boyhood love of a popular band called The Del-Vikings. Following his military tour of duty, Wells returned to Buffalo and formed a few bands, like the Fidelitones and Satellites. In the early 60’s he became the singer of a band named the Vibratos that migrated to California and finally evolved into Cory Wells and the Enemys.

Though he devoted most of his life to music and Three Dog Night. Wells did balance out his professional life with family and leisure pursuits. An avid fisherman, Wells appeared on national TV, filming several episodes on The American Sportman in New Zealand and the Amazon. He also participated in charity fishing tournaments around the country and took time whenever he could to teach his grandchildren to fish and enjoy the natural beauty of the Great Lakes and Western New York. Wells is survived by Mary, his wife of 50 years; daughters Coryann Wells and Dawn Marie Cussins (William), and 5 grandchildren.