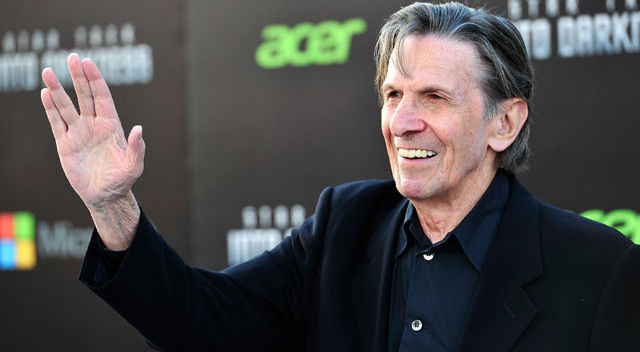 The Star Trek frienship of Kirk and Spock continues into the after life. I can tell you exclusively that William Shatner, portrayer of James T. Kirk, is preparing the official biography of Leonary Nimoy, aka Mr. Spock.

The book, tentatively called “Leonard: A 50 Year Friendship,” is due from St. Martin’s Press in 2016.

Shatner took a lot of flack when he didn’t attend Nimoy’s funeral this past year. But I’m told his daughters attended on his behalf, and Shatner has been in close touch with the Nimoy family. He even helped fund a documentary about Nimoy that’s being made by the late actor’s son. “For the Love of Spock” was a Kickstarter project from Adam Nimoy until Shatner stepped in.

Shatner and a co-writer have interviewed everyone who’s available from Nimoy’s past, I’m told. But many of the original “Star Trek” gang is gone, and some– like Nichelle Nichols, who played Uhura in the series– aren’t able to do it.

But you can tell from the accounts that Shatner’s project is full of love. “Star Trek” fans should be lining up around the block when this book hits stores.