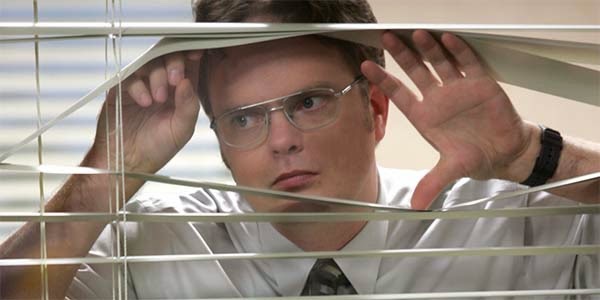 I’m really looking forward to this: comic actor Rainn Wilson, best known as Dwight in “The Office” is starring in a new movie called “The Boy.”

It’s described in a press release as a “chilling, intimate portrait of a 9-year-old sociopath’s growing fascination with death.”

More: “It’s the summer of 1989. Nine-year-old Ted Henley (Jared Breeze) and his father John (David Morse) are the proprietors of The Mtn. Vista Motel, a crumbling resort buried in the mountains of the American West. Since Ted’s mother left, John has drifted into despondency—becoming a living ghost, haunting the motel—leaving Ted to fend for himself. In this isolation, unchecked by the bounds of parenting, Ted’s darker impulses begin to manifest. The arrival of a mysterious drifter, William Colby (Rainn Wilson), captivates young Ted and the two form a unique friendship – setting the stage for Ted’s final, unnerving metamorphosis.”

“The Boy” will be released by NBC Universal to video on demand and in very limited and sort of obscure release in New York on August 18th.

Here’s the trailer. Looks like fun! Elijah Wood is listed as a producer. The little boy, Jared Breeze, should be in therapy soon by the looks of things.