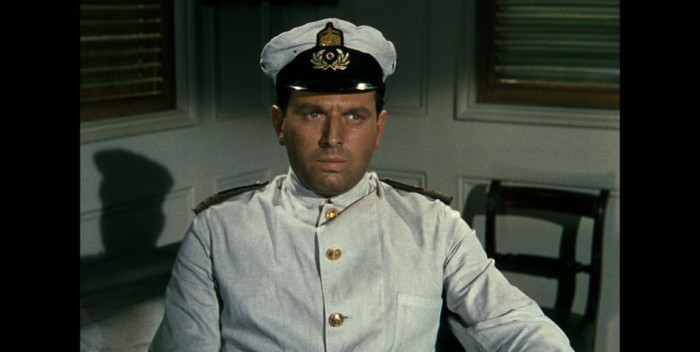 I’ve reprinted Theodore Bikel’s obit from the SAG-AFTRA release today. An amazing actor who shouldn’t be forgotten. Also gone this week is George Coe, a wonderful character actor:
Los Angeles (July 21, 2015) – SAG-AFTRA mourns the loss of Theodore Bikel, president of the Actors’ Equity Association from 1973 to 1982 and of the Associated Actors and Artistes of America from 1987 to the present, who died today at 91.

SAG-AFTRA President Ken Howard said, “Theo Bikel was a masterful actor whose indelible performances on stage and screen are eclipsed only by his contributions to the quality of life of his fellow performers. He was a man of the world in the highest sense, and his was a life fully lived. He used his time on this earth — nearly a century — well and unselfishly, and remained throughout his life committed to artistry, activism, inspiration and achievement.”

“Theo was a tremendous presence in the labor movement. He was a compassionate advocate who served his fellow artists for decades as a union leader fighting for social and economic justice. He was also a successful musician, actor and a consummate storyteller who lived his life fully with an unwavering regard for the profession of acting. He will be missed by us all,” said SAG-AFTRA National Executive Director David White.

Born in Vienna on May 2, 1924, Bikel wore many hats in his long and generous life: award-winning actor of stage, screen and television, musician, singer (in 21 languages), songwriter, author, teacher, labor leader and humanitarian.

On Broadway, he was the original Captain Von Trapp in The Sound of Music. For lovers of the 1964 film My Fair Lady with Audrey Hepburn, Bikel was a Hungarian phonetics expert who attempts to unmask Eliza Doolittle as a fraud — and fellow Hungarian. In 1967, he first played the lead role of Tevye in the original national touring company of Fiddler on the Roof and went on to play the role in subsequent productions more than any other actor — over 2,000 performances. Television viewers saw him play comedy and drama in multiple categories of programming from the 1950s to the 2000s: classic mystery dramas Alfred Hitchcock Presents and The Twilight Zone; westerns Wagon Train, Rawhide, Gunsmoke; crime series Columbo, LA Law, Law & Order and Murder, She Wrote; science fiction shows Star Trek: The Next Generation, Babylon 5 and a poignant serio-comic turn in two episodes of All in The Family.

Bikel’s first union involvement came with Actors’ Equity, which he joined in 1954. He was active in the Equity strike in 1960 and elected to the Equity Council in 1962. He became Equity’s first vice president in 1964, ascending to the presidency nine years later.

Bikel received numerous honors in his later years: a Doctor of Fine Arts from the University of Hartford in 1992, the National Foundation for Jewish Culture Lifetime Achievement Award in 1997, and Doctor of Humane Letters from Seton Hall University in 2001. The spring of 2005 brought more accolades to Bikel: That April he received a star on Hollywood’s Walk of Fame in the Live Performance category, located at 6233 Hollywood Blvd. He was also paid tribute to in the Congressional Record on May 3 and was awarded a Doctor of Humane Letters from Hebrew Union College in Los Angeles two weeks later. The AFL-CIO convention in September 2009 honored Bikel with a resolution for his accomplishments as “the epitome of a Renaissance Man. Not content with a robust and diverse résumé as a multi-hyphenate performer, Theodore Bikel also leads a life committed to social justice.”

It was an enviable career with Bikel always in demand. As he told the Jewish Daily Forward in 2013, “I was never at a loss for work, for what to do next. I never had to wait for the telephone to ring to offer me a job. It’s been a good life.”

Bikel was widowed in 2012 when his third wife, conductor and music teacher Tamara Brooks, passed away suddenly. He is survived by his wife, journalist Aimee Ginsburg, who he married in 2013, sons Robert and Daniel, and a grandson, Wolfram.