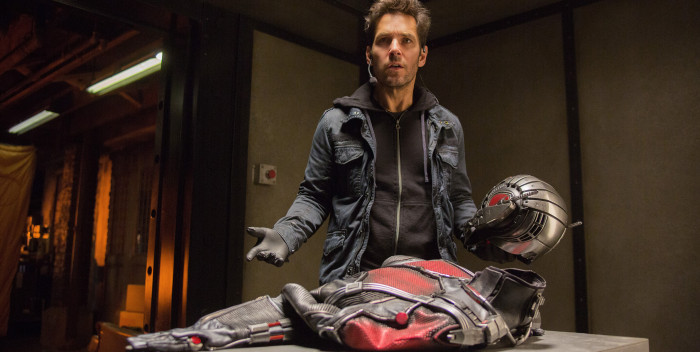 EARLIER Marvel may have its first box stumble in a long time this weekend. “Ant Man” took in $6.4 million on Thursday night. That’s not a good omen. Consider that “The Avengers: Age of Ultron” did $27.6 million on its Thursday recently. Or that the average for Marvel has been more around $10 million. Disney is already starting to revise its weekend estimates down from the original $60-$65 million to $50-$55 million.

Of course, “Ant Man” is original, and not a sequel, so that accounts for ambivalence among fans. Plus, the reviews have been in the B, B plus area, so so and not that enthusiastic. That doesn’t help. And Paul Rudd isn’t exactly an action hero, even though he says he spent a year not eating to get into shape.

Meanwhile, Judd Apatow’s “Trainwreck” — or Amy Schumer’s– did better than expected last night with $1.8 million. A totally winning comedy, “Trainwreck” may surprise everyone and give the Ant Man a nibble or two.