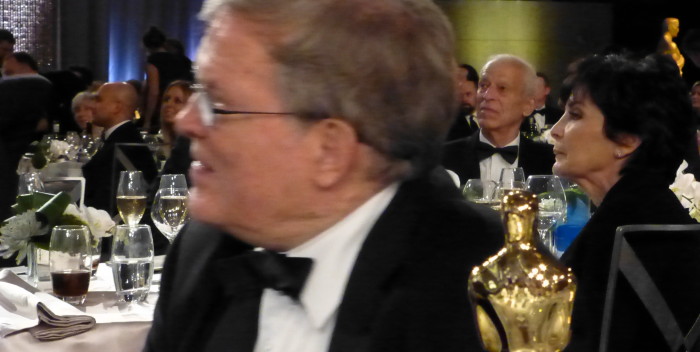 DA Pennebaker (Donn Alan) turns 90 years young today. He’s the survivor member of the gang that created cinema verite– Richard Leacock, Al Maysles, Bob Drew were his accomplices. Penny– as he is known– took a home a Lifetime Achievement Academy Award two years ago in the Documentary category. His landmark films include “Don’t Look Back” and “Monterey Pop,” several important political docs including “Primary.” With his filmmaker wife Chris Hegedus and producer son Frazer Pennebaker, Penny’s other achievements include the Oscar nominated “The War Room,” as well as a film I made with them in 2002 called “Only the Strong Survive.” Penny’s fans include Michael Moore, Richard Linklater, Steven Spielberg, Martin Scorsese, and so on. He’s been a great friend and mentor to me, a guiding light for so many, and we thank him and celebrate him today!