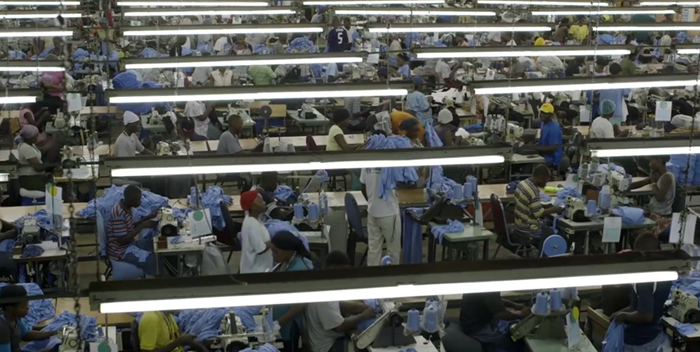 The screening was called “The True Cost,” and it was about what “fast fashion”– cheap, throwaway clothes made for the likes of Zara, H&M, and Top Shop– do to the world’s ecology.

But the true cost of having made “The Devil Wears Prada” means Oscar winner Anne Hathaway and Vogue editor in chief Anna Wintour can still be in a small, windowless room and not cross paths. On purpose.

Such was the case tonight at Lincoln Center’s small Beale Theater and later in the Furman reception room for cocktails and hors d’oeuvres. Livia Firth, the beguiling and beautiful wife of Oscar winner Colin Firth, helped produce the excellent documentary and wanted to show it to friends.

Some of the friends, maybe like yours or mine, don’t all get along. Case in point: “The Devil Wears Prada” was released in 2006. In 2012, Hathaway was indeed featured on the cover of Vogue.  But that’s a savvy Wintour knowing she must connect with a pre-Oscar Hathaway and “Les Miserables.”

The evening was a fashion face-off, too, with Wintour looking very stylish and not even wearing her trademark sunglasses. Hathaway and husband Adam Shulman looked like they’d stepped out of a Vogue spread on how a young, hip couple should look wearing cool summer cream colors. They are also the nicest pair around town.

Meanwhile, Regis and Joy Philbin were overwhelmed by tall, curly haired director Andrew Morgan’s exhaustive effort to explain the consequences of cheap labor producing cheap clothing for the world. Regis, looking especially youthful and fit, told Morgan: “If I were still on TV, I’d be giving you a big plug in the morning.”

Also at the screening were a lot of beautiful models, as well as other beautiful people like Marquesa designer Georgina Chapman, actress Christine Baranski, Tony winning costumer William Ivey Long (also head of the American Theater Wing), and Firth, who continues to impress with her world view projects. (She’s a gem.)

Morgan and crew, by the way, really traveled–from Bangla Desh, where sweat labor is producing your knock off cheapo sweatshirts– to Haiti, where donated clothes from the US are piling up, unused, while sweatshop labor makes disposable t shirts for American companies.

“Once you see this film,” Livia Firth says, “you will change your whole way of living. There are a lot of problems in the world, but two things are always constant– clothes and food.”

“The True Cost” can already be seen on Amazon and iTunes, and debuts on Netflix June 29th.  Don’t miss it. You will really be taken aback.