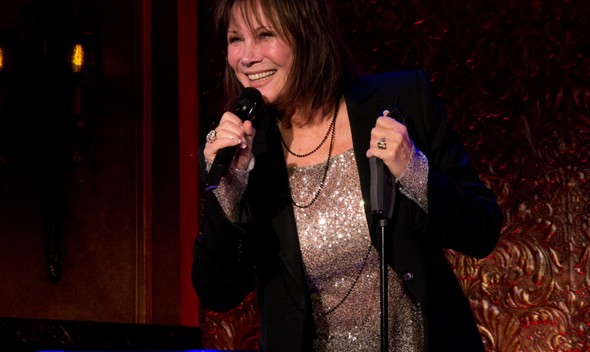 “Mad Men” fans take note: Michele Lee is coming to town. She has two Tony nominations. She starred for 14 years as Karen McKenzie on “Knots Landing.” But she got her start in the early 60s playing Rosemary on Broadway opposite Robert Morse– aka Bert Cooper– in “How to Succeed in Business Without Really Trying.” That show was the musical “Mad Men” of its time.

In 1974 Michele was nominated for Best Actress in a Musical in “Seesaw” by Cy Coleman. So to make a roughly 20 year anniversary, she’s playing 54Below in New York this week with an all Cy Coleman show. The amazing Mr. Coleman would have been 86 this year. Michele is quite a bit younger, but she’s been his standard bearer for many years.

What do you get at a Michele Lee show (besides dinner)? You get one of the most luminous performers ever, a Broadway belter who made it good in Hollywood and is always back showing everyone how it’s done. She’s got a great heart, a great voice, a great sense of humor. It’s a good week on Broadway.

PS She’s also got great stories. Her dad was Clint Eastwood’s make up guy in all his classic movies. Her nephew is the original drummer from Maroon 5. Ask her. She’ll tell you all about Donna Mills, too, if you’re nice.