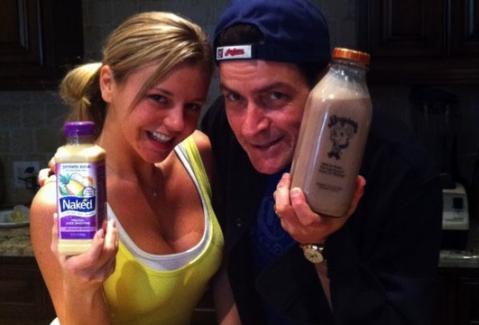 Charlie Sheen won’t shut up and won’t go away. He posted this racist Tweet to President Obama last night. Are we done yet with this moron? Jon Cryer has now written a book about how awful he was to work with. His “Anger Management” TV series, now in syndication, is unwatchable. His father, Martin Sheen, must be so embarrassed that is his offspring. The reactions to the Tweet are wholly negative. Enough. #LOSING

Barry Satera Kenya u won't attend a soldier's funeral uhkros da street that u kild yet u hav time 4 brackets? s a d c http://t.co/KM1in5MPio