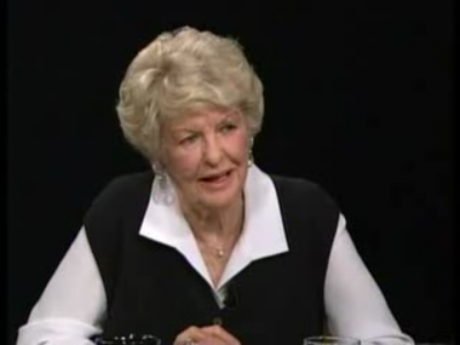 I wish I understood what went on behind the scenes at the Academy. They snubbed Joan Rivers from the In Memoriam segment. But left out also was Broadway, TV, and film actress Elaine Stritch.

Stritch appeared in plenty of movies, including two by Woody Allen– “September” and “Small Time Crooks.” She had more than a dozen film credits, which is a dozen more than the writer Gabriel Garcia Marquez whose books and stories were turned into movies — probably against his will.

Elaine Stritch in “Romance and Cigarettes”: