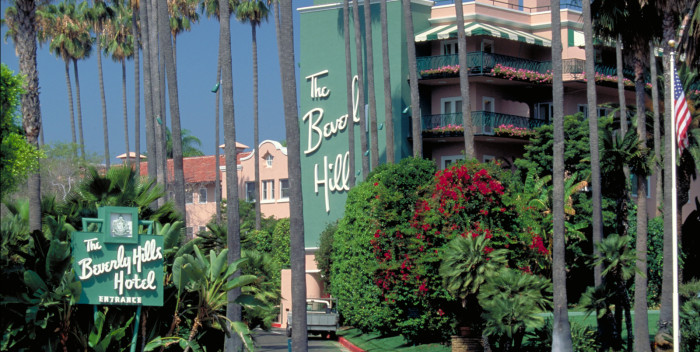 It’s almost a year since the start of the boycott of the famed and beloved historic Beverly Hills Hotel. In that time, long time regulars like Clive Davis and Graydon Carter have gone elsewhere. The Night Before gala has relocated to the Fox lot. For a while, it was anathema to go to the Polo Lounge for a drink. The protest was based on the edict of the hotel’s owner, the Sultan of Brunei, who enacted severe anti-gay policies– known as Sharia– in his country.

But now things are changing. Oscar winner Russell Crowe, sources say, has been staying there for the last month. He’s been seen working out in the gym. Celebrity sightings are rampant. Sean Penn has been spotted at the BHH. So have Brad Pitt and Angelina Jolie. Calls to to the hotel spokesperson haven’t been returned, but a top level source confirmed that a “number of celebrities have returned.” The hotel and the Polo Lounge, according to many, are “packed.” Last month the local neighborhood association from Coldwater Canyon had a meeting there with many celebs in attendance.

Earlier this month, Los Angeles Confidential magazine went ahead with a party at the pink palace. John Legend declined to appear or perform, but the party went on with mostly C list celebrities.

Now, the word is that one high profile studio exec has proposed donating $1 million to gay organizations in exchange for lifting the industry wide ban.

Would it work? A lot of former regulars feel sympathetic toward the long suffering hotel staff. They have nothing to do with Sharia and need to make a living. Is a year long enough punishment? The story is not over…