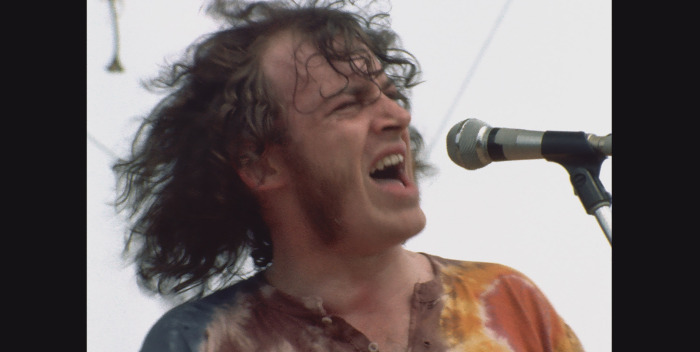 Joe Cocker has reportedly died at age 70. The great British singer rose to fame in the 60s with his album “Mad Dog and Englishmen.” He was one of the stars of the Woodstock Music Festival in 1969, and went on to score his biggest hit with Billy Preston’s “You Are So Beautiful.” His other gigantic hit was Up Where we Belong, from the movie An Officer and a Gentleman, with Jennifer Warnes.

Cocker was often imitated but he was an original. His gravelly voice was unparalleled and so were his performances. I can’t even begin to tell you how important “Mad Dogs” was and continues to be, a live album that included a ton of other rock stars and the key performances by Cocker of “The Letter,” “Feelin’ Alright” and “With a Little Help From My Friends.” If you’re young and don’t know what this is, just download the album or better yet, buy it ASAP. Classic rock stations will be playing it all night.

Condolences have already come in from “Soul Man” Sam Moore and his wife Joyce, who were old friends. Joyce Moore writes: “DEVASTATED… I had the great pleasure of knowing Joe. Was lucky enough to have had him participate in the Presidentual Inaugural I produced for President George H.W. Bush in 1989. Billy Preston was the Musical Director of that event so there was Joe Cocker singing the song Official: Billy Preston wrote to honor his mother to 1st Lady Barbara Bush.
Sam Moore and I hung out with Joe in Wales at the Celebration of Queen Elizabeth’s Golden Anniversary.
Being the manager and business partner of Billy Preston who wrote “You Are So Beautiful To Me” I am posting this in Billy’s memory for Joe, for my husband Sam Moore who had the honor of recording that song with Billy. Ironically it was the last song Billy ever recorded on Oct 19, 2005, and myself.
Joe sang “Beautiful” at Billy’s funeral.
Prayers to Joe’s family and a wish that he and Billy find each other in heaven.
Peace be with you Joe.”

Martin Lewis writes from the UK:

He’d actually been around as a singer since 1964 in his native Sheffield (a
working class steel town in Yorkshire in the north of England. The British
equivalent of Allentown).

What is not often recalled is that his very first single was also a Beatles
cover. In September 1964 he released a cover of “I’ll Cry Instead” (from side 2
of the UK A Hard Day’s Night album). On that recording his session guitarist was the
very young Jimmy Page!

VERY short. Only 1 minute and 40 seconds.

But it hints at what was to come.