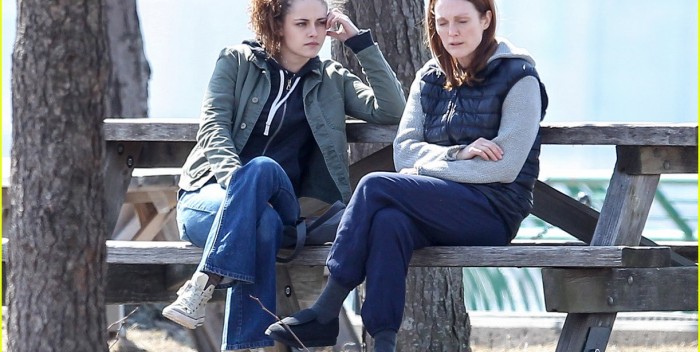 Last year, Cate Blanchett was feted at lunch at the famous Le Cirque restaurant. A few months later she won the Oscar for “Blue Jasmine.”

This year, it was Julianne Moore’s turn. Ellen Barkin and Kate Capshaw were among the guests who toasted Moore on her two Golden Globe nominations– in drama for “Still Alice” and in comedy for “Maps to the Stars.” Moore is the odds on leader in the Best Actress race for the Oscar this year in “Still Alice.”

Alec Baldwin, Moore’s costar in “Alice” also showed up to lend support at the world famous French restaurant. “Still Alice,” Moore explained, was a quick turnaround. They shot it fast, and just made the Toronto Film Festival. Michael Barker and Tom Bernard of Sony Pictures Classics bought it on the spot and knew that Moore would go right into the Oscar race.

Moore got her start on “As the World Turns” in 1985, and took off like a rocket. Her co-stars on the soap included Meg Ryan, Marisa Tomei, and Steven Weber. When “ATWT” was ending its 55 year run in 2010, Moore did the menschy thing– she returned and played the same character she’d created.

Since then, Julie– that’s what everyone calls her– has had a series of hits from Robert Altman’s “Short Cuts” to Stephen Daldry’s “The Hours.” She won about 12 awards for playing Sarah Palin in HBO’s “Game Change.”

Moore said she worried that no one would see “Still Alice” when Toronto scheduled it at 4:30pm against Jon Stewart’s “Rosewater” and Jennifer Aniston in “Cake.” “We did a red carpet and there were like three people from the Toronto press,” she said. But Barker and Bernard were there, and the rest is history.

Moore will be honored in mid January at the Museum of the Moving Image, right after the Globes and before the SAG Awards. What a winter! o