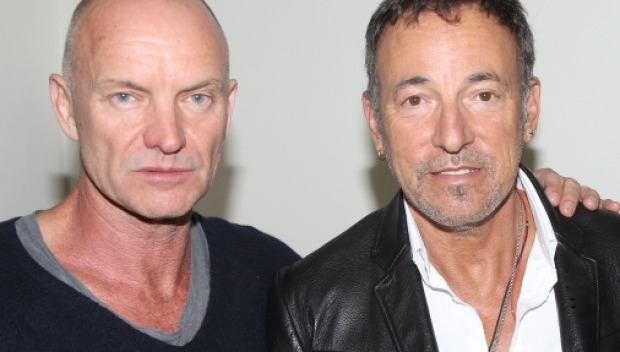 Meantime, using social media to break the unofficial surprise, Lady Gaga and Bruno Mars let it out that they’d be at the show tonight. Springsteen (with wife Patti Scialfa) and Moore have been seen around the Mandarin Oriental Hotel, the show’s headquarters. There are rumors about Jennifer Hudson as well as Earth, Wind and Fire performing. Melanie Griffith is also said to be in DC. She co-starred with Sting in “Stormy Monday,” a lost gem of a film circa 1980s. Jane Fonda was spotted around the hotel, too. She would be there for Lily Tomlin, her “9 to 5” co-star.