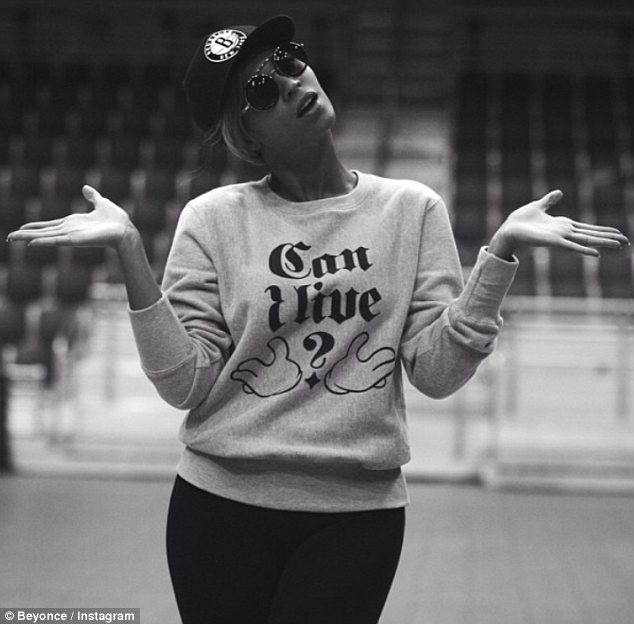 UPDATE: Sony is releasing the Platinum edition of last year’s Beyonce album. It has two new songs, but none of the nonsense that was spread in the faked photo. CNN and thousands of outlets fell for a hoax that included 11 non existent songs. The actual two new songs are called “7/11” and “Ring Off.” Neither of them was listed on the fake memo.

Sorry kids. There is no new Beyonce album coming out next week. I’ve confirmed it. A clever hoaxer made up some stationery for Columbia Records and Parkwood Entertainment, and posted it to Twitter and Facebook. Alas, ’tis not true. My friends at Sony– er, Columbia– say no such stationery exists. “A good forgery, though!” For this to have worked, it would mean that Beyonce was making a record and videos all summer while she was on tour with Jay Z and then in Paris for their HBO special. It’s not humanly possible. But I like the idea that even CNN took the bait. This is what the internet has become– just noise. Credit though to the creator of the fake memo. They listed Blue Ivy as a special guest artist. And a duet with Justin Timberlake called “Renouncement.” LOL. And a song called “DONK” with Nikki Minaj. In the old days this would come from the National Lampoon people. And PS That Columbia Records logo is from 1965. 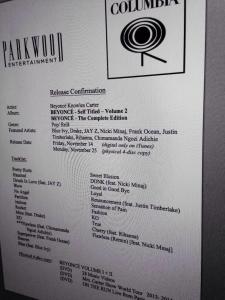