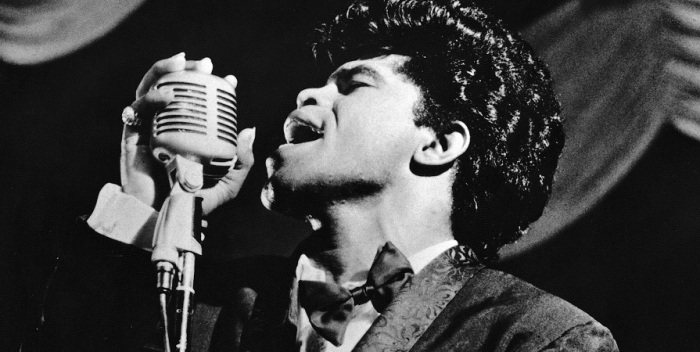 There are many interesting reveals in HBO’s new documentary about James Brown. The most pressing one is a completely revealing interview with Mick Jagger, one of the film’s producers. Filmmaker Alex Gibney has done a fine job with “Mister Dynamite.” He catches Jagger watching himself circa 1965 on TV after Brown has left the stage. Jagger can’t deny it: he is suddenly imitating Brown’s dance moves. Modern day Mick rolls his eyes. He admits that seeing Brown first at the Apollo and then at this show changed his whole career.

If only Michael Jackson were alive to say the same things.

Ironically, Brown himself learned a lot of his moves from Little Richard when he filled in for one of the heralded founders of rock and roll for a two week gig in the early 60s. I hope Little Richard, living down in Nashville, catches that. It should make him happy.

“Mister  Dynamite” is not the ultimate James Brown film. It excises nearly everything about the Godfather of Soul’s personal life, his drug use, jail sentences, and incidents of domestic abuse. It also bypasses his “Living in America” era mid 1980s and anything about how or why he died.

What the film does very well is explain Brown’s music, his career, its trajectory. Famed musicians who worked with him are interviewed, and we get a lot of info on these subjects. At last night’s screening at the Time Warner Center, the legendary trombonist Fred Wesley — a constant Brown collaborator in the 60s and 70s–when he was pretty young– made a rare appearance. I was thrilled to meet him. He’s interviewed at length by Gibney, and really puts some key pieces of the Brown jigsaw puzzle together.

Wesley, who should be in the Rock and Roll Hall of Fame, but isn’t, of course, gave thumbs up to “Mr. Dynamite.” He and Martha High, Brown’s equally famous back up singer for 30 years, each liked the doc more than the Jagger produced  “Get on Up” that came out earlier this summer. “It’s more truthful,” High told me.

Archival footage is excellent. But listen carefully to this film. It explains the relationship and evolution of jazz and swing to R&B and funk. “Mister Dynamite” should be shown in schools. This is a don’t-miss  HBO presentation.