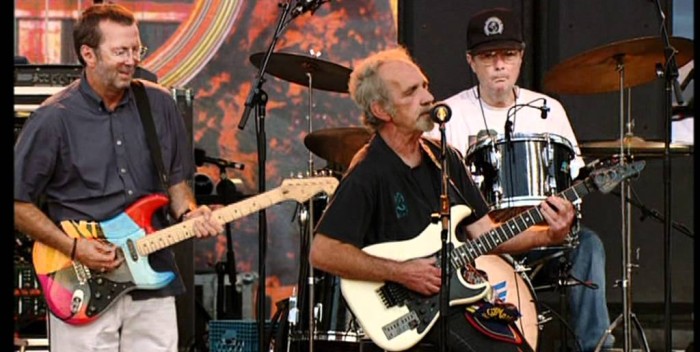 What year is it? After a summer of disposable music, the real guys have grabbed hold of the top 3 on the album charts. Tom Petty and the Heartbreakers have their first number 1 album ever with “Hypnotic Eye”– 126K copies sold. Eric Clapton’s tribute to JJ Cale is number 2, with 58.5K copies. And the soundtrack to “Guardians of the Galaxy”– all hits from the early 70s called “Amazing Mixtape, Vol. 1” is number 3 with 57,000 copies. No, none of these numbers are high, but they’re the best of the week. And it’s all real musicianship, nothing faked. Download ’em, stream ’em, whatever.

Meantime, some nice news from RCA-Sony-whatever it’s called: all the hard working PR people have been promoted. Mika el-Baz is headed to L.A. as Executive Vice President, West Coast, of RCA and still head of national publicity. In New York, Sarah Weinstein Dennison and Theola Borden have been promoted to Senior Vice President of publicity, each. Jamie Abzug is now vice president of publicity. They all came from Clive Davis’s Arista, they’ve all been there a long time worked danged hard to make me like Hot Chelle Rae and Gavin DeGraw. Bravo!

More RCA news: Tom Corson, who was also from the School of Clive and now runs RCA, will be honored by the TJ Martell Foundation on September 28th at the Hammerstein Ballroom.  The post-Arista RCA group (counting Peter Edge of course) is still the best in the biz!