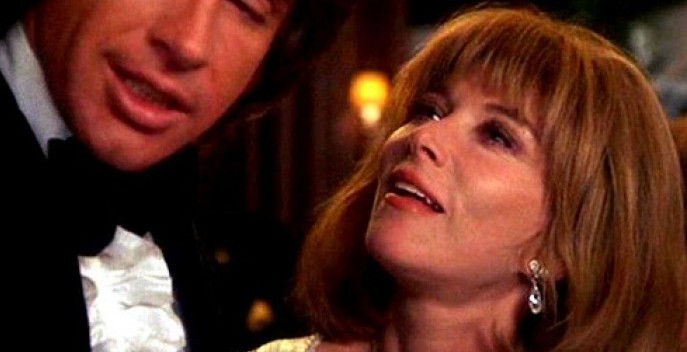 Lee Grant has finally published her memoir, and it’s a must-read. (I know this not from a publisher sending it to me, but from downloading it from amazon. Worth every penny.) The Oscar winner and multiple nominee did not work between 1954 and 1966. Why? She was blacklisted by the House UnAmerican Activities Committee, Senator Joseph McCarthy and the rotten miserable Roy Cohn. That story alone is worth the price of “I Said Yes to Everything.”

I’ve pulled out a couple of anecdotes apart from the HUAC story. On Marlon Brando:

“Marlon had asked me out the year before. Picked me up on his motorcycle— thrilling— and took me to a nightclub in the Fifties on Eighth Avenue. We sat on a long leather settee, had drinks at a small black table, and silently watched a naked woman on a small black stage do artistic and lewd things with a giant cobra. Not a word exchanged. What can you say? Back on the motorcycle, holding on to his back, to my front door. I had my key out, no kiss, thanked him, opened and closed the door. Out of love.”

Winning an Emmy “Peyton Place” the TV series that brought her back to show business after 12 years:

“And I won. I won. From three nights a week Peyton Place could have gone to five. The line between the audience and the characters on the show was so fine. My character’s father died on a Friday . Saturday afternoon I drove into Santa Monica to buy shoes. I was trying them on when the clerk who was waiting on a lady nearby crept over to me. “Excuse me,” he said. “That lady wants to know, isn’t today your father’s funeral?” “Tell her,” I said, “that’s why I’m buying the shoes. I’m going to the cemetery right after I leave here.” The lady, the clerk, and I nodded conspiratorially at one another and I left.”

Lee tried to make a movie in 1997 directing Bruce Willis in “Broadway Brawler,” about a hockey player. Willis was in a bad slump at the time. He didn’t like the way the movie was going and had her fired. She was replaced, but no one would work for the new director. The $28 million feature was aborted.

Two years later, after a string of horrendous flops, Willis lucked out with “The Sixth Sense” and was back, big time.

More to come about “I Said Yes to Everything.” Let’s read it together!