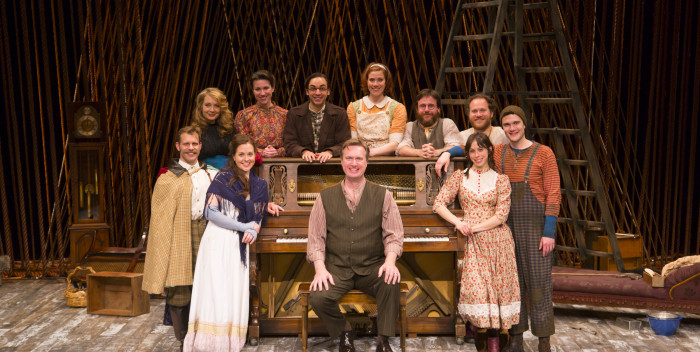 Is everyone ready for a lot of “Into the Woods”? The Rob Marshall directed movie is coming at Christmas based on Stephen Sondheim’s famed musical. Marshall has an all star cast, with everyone from Meryl Streep to Emily Blunt, Johnny Depp, Anna Kendrick, Billy Magnussen, and for some reason, Chris Pine.

At the same time, Roundabout Theater just announced they’re staging “Into the Woods” off Broadway with a mid January opening. That’s unusual. It’s one thing if a movie of an existing show– like “Rock of Ages” or “Mamma Mia” or “Jersey Boys” — is released. But in this case, the new live production could be an awkward overlap with the movie.

This new “Woods” is based on the well reviewed production by the Fiasco company at the McCarter Theater in New Jersey last year. It’s just 10 actors playing many parts, and one instrument– a piano. Sounds like fun. I guess by mid winter we’ll know all the words to this show, once and for all!