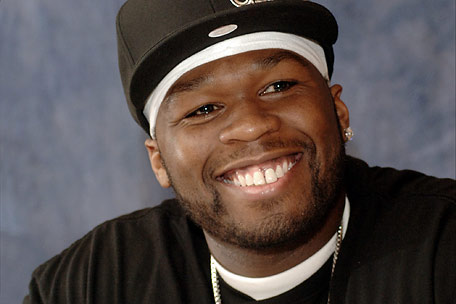 Rapper 50 Cent—real name Curtis Jackson– is being sued by a video model he labeled “thirsty video bitch” on Instagram after he incorrectly assumed she was trying to cash in on their professional friendship.

Model Sally Ferreira appeared in a video shot in March with 50 Cent (without permits) on the number 4 train in the Bronx. After the shoot, Ferreira claims, still photos leaked out to various websites of her with 50 Cent. The implication was that they were romantically linked,

In the complaint filed today by attorney Brian Caplan in New York’s Southern District, 50 jumped to the conclusion that Ferreira, with he’d worked before, had propagated this lie for her own advantage. Rather than investigate this, the rapper let loose on Instagram:

On March 27, 201 he ran a picture of Ferreira with this written over her face: WARNING; Do not attempt to work with this thirsty Video bitch [Her name is Sally Ferreira and she’s a model…] she sent photos of the video shoot to Mediatakeout Saying I’m in a relationship with her Can Anyone say RESHOOT?”

The rapper added, underneath her picture: “BIG FAIL. Reshoot coming” 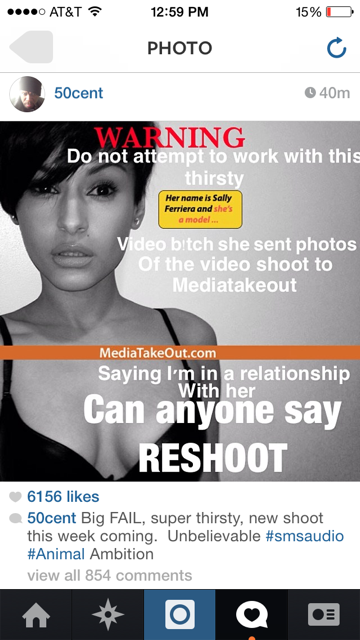 Caplan says in the complaint that Ferreira denies all of this. He adds that she’s been in a committed relationship for 9 years, and 50 Cent is well aware of it.

Ferreira– who says she’s being blacklisted now because of 50’s postings– is suing for $11 million minimum in damages.