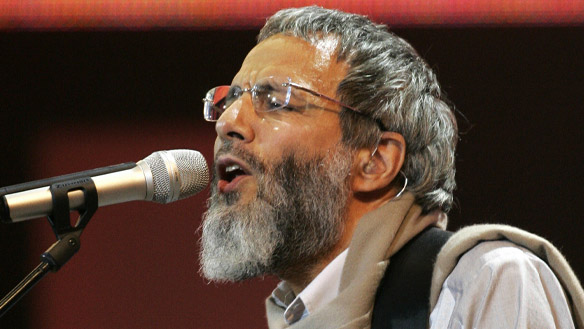 Here are Cat Stevens’ two performances from last night. “Wild World” was his first real hit in the U.S. circa 1971. “The First Cut is the Deepest” was one his first album but wasn’t his own hit. The song was covered by many artists, and eventually Rod Stewart had a huge hit with it.

“The Wind” is a bonus extra.
Yes, he’s wearing a Cat Stevens t shirt. It does seem like Yusuf is accepting his old career more. He still hasn’t had an official concert in New York despite the 2006 private show at Jazz at Lincoln Center. Unfortunately, security at such an event might be too expensive. What a shame.